‘Virtue signalling’ a poor and modern relation of political correctness 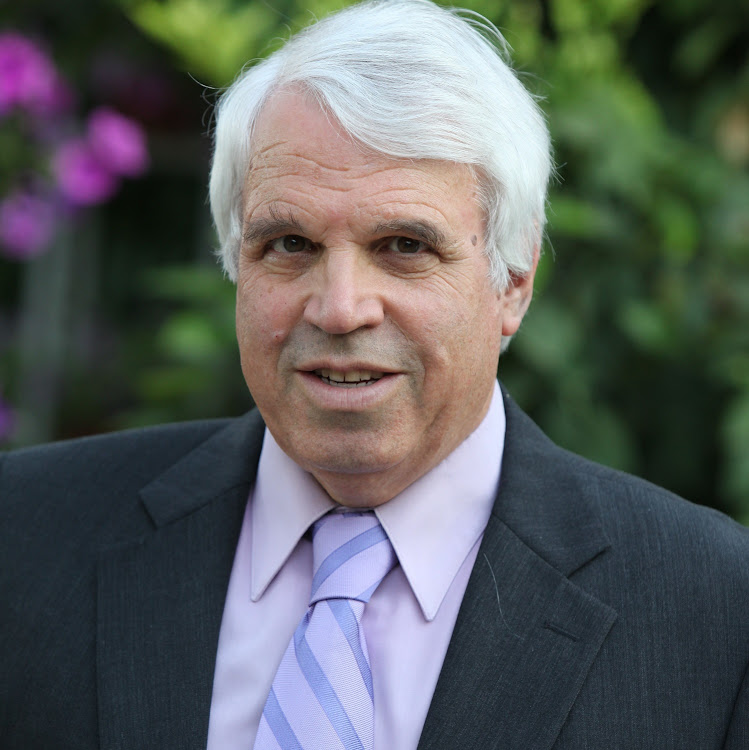 For the purpose of a new book which I have been commissioned to write‚ I have recently delved into the origins of the term ‘political correctness.’

Instinctively‚ perhaps congenitally‚ I am incapable of being ‘politically correct’. By this I mean subscribing or authoring opinions which hew to orthodoxy‚ however at variance with the facts on the ground it might be.

But I was – until very recently –under the impression that the idea of being politically correct was a product of the cultural wars which ignited across American campuses in the 1970s and 1980s.

However‚ I discovered (as per Caitlin Gibson writing in the Washington Post in early 2016) that the term goes back to the 1930s and 1940s when members of the US Communist Party used it as a straightforward term to demand political orthodoxy. Back then it was a literal term‚ used by members in good standing‚ to advance ‘the party line’ in a rigorous and doctrinaire fashion.

It was probably necessary too: the monstrous global leader of Communism back then‚ Stalin‚ required rigid devotion to the Moscow edict‚ however bewilderingly it changed. First a pact with Hitler’s Germany and the division of eastern Europe into ‘bloodlands’ shared by the Nazis and Communists‚ and then‚ when the Wehrmacht invaded Mother Russia‚ a breath-taking lateral arabesque to name Hitler and fascism as the greatest evils in the world.

Of course‚ as Gibson notes‚ it has since those heady days been shaped into a ‘linguistic weapon’ which has changed hands many times: “these days it is a catch all for liberal cowardice or caution…it has been a literal term. An ironic joke.

A snide insult. To some‚ the term has even represented a positive ideal‚ a righteous label worn proudly.” But if political correctness is now at least eighty years old‚ and outworn or perhaps suffering from intellectual dementia‚ it has acquired a much more recent‚ arguably even worse‚ companion.

“Virtue signalling” is in every sense the poor and modern relation of political correctness. Because unlike the latter‚ these days you can signal your virtue by publicly expressing opinions intended to demonstrate your own moral correctness or good character. More than political correctness‚ much of this nonsense is coded by pointing out things that you dislike.

I know it’s not fashionable these days to spare kind thoughts for our ruling party. Especially as its Top 6 divides on ousting the Nkandla crooner and its secretary general Ace Magashule faces (or does not‚ no one knows) arrest for‚ literally‚ along with his hack of a minerals minister Mosobenzi Zwane‚ milking a Free State dairy and skimming the cream to the cats from Saxonwold – now in Dubai.

However‚ how does our ruling party signal its virtue on human rights having so fundamentally trashed our commitments to ‘a better world’ –to quote the sonorous politically correct strap line of the department of International Relations?

It’s a tall order: your government denies a visa to the Dalai Lama; it allows the butcher of Darfur‚ aka Omar al-Bashir of Sudan‚ to escape a warrant for his arrest according to a treaty this government signed; it is silent on the Syrian government using chemical weapons to kill its own citizens; it green-lighted since 2000‚ the top-down destruction of Zimbabwe by tyrant Robert Mugabe. It coddled other dictators and war criminals from Libya to the Democratic Republic of Zimbabwe. And the inglorious roll call goes on and on.

So you need some understanding here of a desperate need to signal virtue‚ notwithstanding that your moral compass was thrown away a long time ago‚ or was smashed on the rocks of sovereign expediency.

No matter‚ there is always Israel. A recent image of our newish sports minister Thulas Nxesi suggests he is no role model for muscular athleticism. But he is a gold medallist in virtue signalling. Last week he piously announced that he would be boycotting the upcoming Davis Cup tennis match between his own SA team and the Israelis.

In response‚ Tennis South Africa noted that “the very nature of sport is meant to bring people together and not divide them”. Amen to that as they might say in the Holy Land. But Nxesi‚ nothing if not a loyal party man‚ doubtless took his cue from his party resolution to downgrade embassy links with Israel. Of course‚ our new big man Cyril Ramaphosa led the chorus of virtue signallers in his January 8 statement where he backed with enthusiasm the motion to downgrade the Tel Aviv embassy to a ‘liaison office.’

But in Ramaphosa’s case there are some puzzling elements.

It’s too early to judge Cyril Ramaphosa’s intentions or actions‚ but after the last few days‚ there is no doubting his style.
Ideas
3 years ago

Just over a year ago‚ when he commenced his difficult fight for the ANC presidency‚ City Press in its front page on 15 January 2017 led with the headline‚ “ANC’s dirty war”. The first exhibit offered was the wonderfully anti-Semitic quote of a Jacob Zuma insider: “The Zuma ally said there was concern that Ramaphosa would be a liability to the party because he was ‘in the pocket of the Jews’ “.

So perhaps now after his impressive‚ against the odds victory‚ he must virtue signal that he has not been pocketed‚ just as his opponent was surely ‘captured’ to use our voguish term of art for corruption pedlars. But the oddity is this: Ramaphosa was prepared to sit down and negotiate with the sworn enemies of his movement‚ arguably the oppressors of his people.

He even went fly-fishing famously with the National Party chief negotiator. He cemented a reputation as a reconciler and negotiator between extreme positions. But any lingering idea that SA’s model of negotiation is replicable anywhere else is now shot down in a flame of virtue signalling.

But political correctness and virtue signalling are hardly confined to government of South Africa. In December‚ 204 ‘virtuous’ academics at our universities signed a declaration committing themselves not to accept invitations from Israeli universities and not to participate in any conferences and the like sponsored by Israel academia.

The Students’ Representative Councils from five institutions in the country have released a joint statement acknowledging their support for the ...
News
6 years ago

While no doubt enjoying the clear view from their chosen moral high ground‚ here is a poser: In May last year when I was (shockingly according to the virtue signallers) lecturing at an Israeli university‚ some of the most stringent and articulate critics of Israel’s occupation were among the faculty.

One of the most critical academics there‚ who shares my view that Israel’s occupation of the West Bank is both wrong and self-defeating‚ was the former Israeli ambassador here and a good friend‚ Alon Liel. Next month he will‚ as a member of an organisation called “Save Israel‚ Stop the Occupation” deliver lectures in Johannesburg and Cape Town on the topic. A pity‚ then‚ that the virtue signallers and the smug ranks of the local politically correct have signed an ordinance precluding their attendance.

And wondrous too‚ that in countries ranging from Syria to Sudan‚ Alon Liel would not be able to speak. He would be in jail‚ or worse.