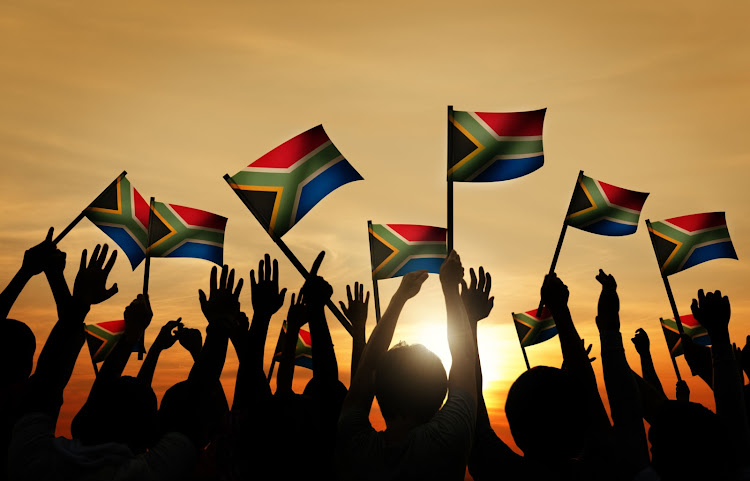 After almost three decades of democracy, it is important to ask: What meaning do South Africans attach to the idea of democracy? Stock image.
Image: 123RF/rawpixel

South Africans believed that the introduction of democracy in 1994 would transform their lives for the better through equality of opportunities. This hasn’t happened.

Socioeconomic inequality and job scarcity, as well as unequal opportunity to quality education have created a view that democracy has not delivered a better life for all.

The country celebrates 28 years of democracy at a time when democracy is under threat globally, in the context of growing inequality and mistrust in democratic institutions.

Increasingly, scholars focus on what makes democracy valuable amid its decline. This is important given the global rise in populist and anti-democratic politics and authoritarianism.

Are South Africans giving up on democracy, as some are asking. And what’s to be made of some political elites who are speaking out against the value of the country’s constitutional democracy?

After almost three decades of democracy, it is important to ask: What meaning do South Africans attach to the idea of democracy? This is important considering that democracies endure when there is an intrinsic commitment to democratic values and principles, even during economic hardship.

This inequality of opportunity is seen as a form of continued oppression informed by the view that the quality of life has not necessarily improved for most South Africans.

South Africans attach an instrumentalist value to democracy. This is evident in the views that democracy does not deliver, most notably among the youth. Democracy is valued more because of delivering socioeconomic goods such as social welfare, housing, and income grants. They don’t necessarily view democracy as having intrinsic value as the best political system to achieve a just society based on human rights, dignity, freedom and equality.

In other words, they value democracy based on what it can do for them, not because they believe it is the best form of government. This is evident in the growing levels of institutional mistrust and growing political disengagement  from formal democratic processes like voting. This creates a weak foundation for the sustainability of the country’s democracy in that in times of economic hardship, the legitimacy of democracy as a political system declines in the public view. Therefore, democracy becomes ‘illegitimate’ because it cannot deliver social and economic goods to create equality of opportunity.

It is not surprising that citizens place a high value on equality as an essential democratic principle given that SA is still the most unequal society globally.

Why do South Africans hold a strong instrumentalist attachment to democracy? The answer may lie in the expectations of what freedom and democracy meant in 1994, when apartheid came to an end.

My research shows that the ‘Dream of 1994’ was the restoration of human dignity, something centuries of settler colonialism and apartheid had denied the black majority. Indeed, asked what 1994 meant for them, an interviewee said:

I was very happy. I felt extremely happy because this was the first time that black people gained freedom ... And it made me feel free as a person as well. Even just strolling around I felt free; I didn’t have to be so conscious around white people. There was no longer any fear ... I felt good, really good. What I was thinking. I was thinking that now we are free. That you can talk with everybody, you can walk with everybody. You know, that you can be friends with everyone that you want to be friends with. I thought that now that the party (the ANC) would take over, they’d know what we had gone through then.

Equality of opportunity was an essential characteristic of what the ‘Dream of 1994’ meant for South Africans. An interviewee reflected:

Talking of expectations, because I grew up in that old era, in that old regime. So my intention was, should Nelson Mandela be free, we would be living in a free country ... our expectations were that we would gain free education and that there’d be lots of jobs, that everyone would be employed, things like that. And that everyone would have his or her own house, things like that ... and those were the things that we expected, which I expected.

The sense that freedom and democracy remain an illusion was more palpable among the youth. An interviewee said:

I think, in my own opinion for those who lived before 1994, their aim of freedom was to free Mandela, then after it was to have their own black government. But for me, who was born in 1987, the word freedom for me is still an idea ... the reason I say that is because for me the word freedom is too big for SA. If education was free, then I would say yes, we have freedom.

South Africans see a continuation of historical patterns of exclusion and marginalisation where equality of opportunity is not a lived reality for many. And, given that South Africans may continue to delegitimise democracy on the basis that it has not delivered on the expectations of the Dream of 1994, stronger populist and anti-democratic rhetoric are likely to take root in the future.

• Joleen Steyn Kotze: Chief Research Specialist in Democracy and Citizenship at the Human Science Research Council and a Research Fellow Centre for African Studies, University of the Free State

Science is showing us we share more than we think, debunking the basis for prejudice. The more we understand what makes us human, the more human we ...
Opinion & Analysis
2 months ago