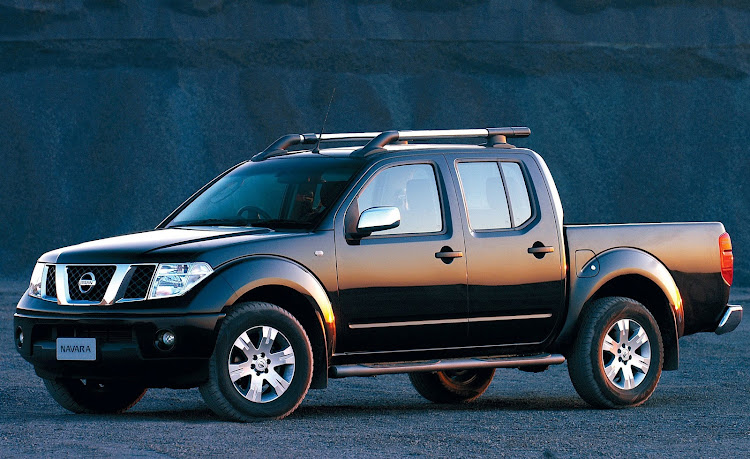 A Nissan Navara similar to the one owned by Kenneth Muanalo.
Image: Supplied

He was told the requested job would take up to 10 days.

That was on April 14, 2019 – 15 months later the vehicle is reportedly in a worse condition than when the process began.

The Johannesburg resident sought to overhaul the engine of his 2006 pickup and chose Zakspeed Diesel Power in Benoni, an independently-operated workshop under the ADCO chain and owned by Motus Automotive Parts (MAP).

“After the promised period of 10 days had passed, I started inquiring about the completion date. From there it was same promise of another 10 days and it went on to months.”

In month six, he was told the service provider to which work was outsourced had damaged the engine, in addition to losing parts.

“The use of a third-party provider was not communicated to me, but in any case, Zakspeed apologised and agreed to replace everything. They did their part – eventually.”

Aside from a low idling issue, the vehicle appeared to be running well.

“Hugo recommended that the vehicle then be transferred to the Benoni Auto Care and Diagnostics (ACD) branch to address that.”

Muanalo wished he had not consented to this because a problematic idle would become the least of his concerns. The ACD network of centres also falls under the MAP subsidiary, according to its website.

“They claimed they received the vehicle in a condition from Zakspeed where the car was untidily disassembled. I said, ‘if it’s true, send it back to Zakspeed'."

Muanalo alleged that Grobler declined to do this, and he suspects a cover-up might have occurred.

“Anyway, Benoni said they would continue with the job.”

The centre reported that Muanalo’s Navara had gearbox problems.

“Hugo gave them the go ahead to fix it, but they didn’t ask me. The issue was with the engine, nothing to do with any other part of the car. Now they’re telling me they already attended to the gearbox.”

“When I collected the car, the engine was running fine, but the gears were not changing well.”

He took the vehicle back to Benoni ACD, at which point he claims to have witnessed the gearbox being stripped apart before a welding process occurred.

Muanalo said Grobler then arranged for the vehicle to be sent to a branch of Mayfair Gearbox. There is no official association between the franchise and MAP.

He suspects the actual reason for the transmission glitches was as a result of the workmanship when Benoni ACD had taken it apart previously.

“Furthermore, the quote was unrealistic. Why is their quote so exorbitant when the highest given to me after calling several reputable outlets had been R24,000?”

Without any repair work being undertaken, the gearbox of the Navara was reassembled and Muanalo was informed on June 30 the vehicle was ready for collection, although “the engine does not turn.”

It has since been transferred to the Motus headquarters in Linbro Park, and Muanalo has been issued with a proviso: fetch it or continue to rack-up fees for storage.

“All I’m saying is, give it back to me in the condition it was. I am prepared to pursue all possible legal avenues.”

Grobler noted that Muanalo was given a courtesy vehicle from February 12 to July 13 and said: “We would like to confirm that we made every effort over the past 10 months to amicably resolve the matter despite not having a contractual obligation to do so.”

E-mail correspondence from Malcolm Perrie, chief executive of MAP, on May 22  addresses Muanalo: “[T]he issue you have, and always have had, is with an independently owned and managed franchisee, and it is their obligation as the franchisee to remedy any issues you may raise with them.”

“In the normal course of events, if you were not satisfied with the remedy, you were required to approach the RMI and Motor Industry Ombudsman for resolution.”

Perrie asserted the company had gone “more than the extra mile” in goodwill efforts, and said MAP had incurred expenses of as much as R51,007.89 for parts and labour, R11,884.71 for a courtesy vehicle and a further R13,156.26 when Muanao failed to return the rental.

Perrie said he would be willing to settle the amounts with the rental service provider and refund Muanalo the R12,774.20 he initially spent with Zakspeed.

“I must conclude that Motus had gone well beyond the call of duty to assist you.”

Muanalo considered the proposed reparations and said he would be willing to accept if the offer included: all remaining issues with the vehicle were fixed, a workmanship guarantee and financial relief for 11 months without a vehicle.

On July 3, correspondence from Pieter Jacobs, legal counsel for Motus, was sent to Muanalo.

“We place on record that none of the work completed on your vehicle by Motus Aftermarket Parts could have damaged the gearbox. The cost of repair or replacement of the gearbox is therefore for your account.”

Jacobs requested a time and date for the vehicle to be delivered back to Muanalo.

The e-mail stated: “The settlement offer previously made is no longer available for acceptance.”