#ThrowbackThursday | A Mercedes that carved corners like a bike 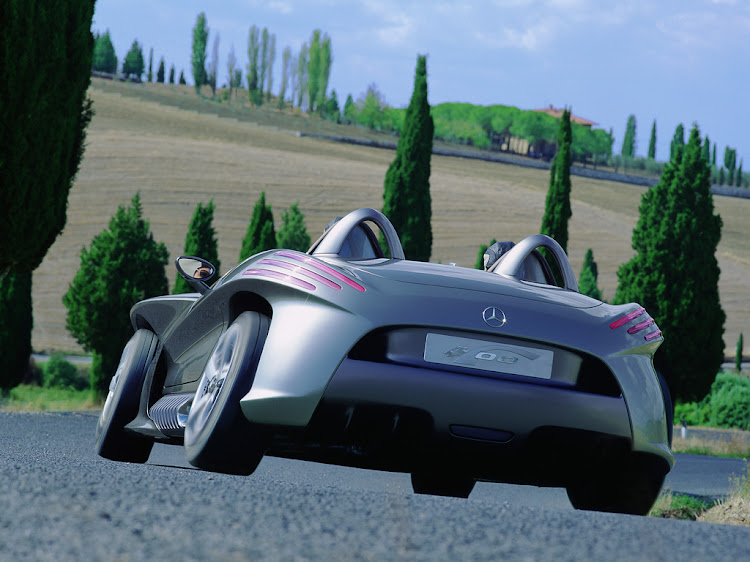 Lean into it. The Mercedes F400 Carving was inspired by the way skiers and motorcyclists take corners.
Image: Supplied

On this week’s Throwback Thursday we turn back the clock 20 years to the 2001 Tokyo Motor Show, where Mercedes-Benz wowed the crowds with its F400 Carving, a research vehicle that leant into bends much like motorcyclists and skiers.

Named after the carving technique skiers use to change direction in the snow, the futuristic Benz appeared to lean into corners by increasing the camber angle of its outer wheels by up to 20 degrees.

In conjunction with newly-developed tyres, the computer-controlled system enabled the car to achieve cornering forces of up to 1.28g, nearly 30% better than other sports cars of the time.

Another clever trick was giving the tyres an asymmetric contact surface. When the outside wheels leant to the side, the two-seater car rode on the inner tyre treads which were grippier. When driving straight, the tyre surface in contact with the road had a tread pattern designed for high-speed and low-noise performance.

The cambered wheels also improved braking performance. In an emergency stop all four wheels of the research vehicle could be cambered in an instant, reducing the braking distance at 100km/h by five metres. 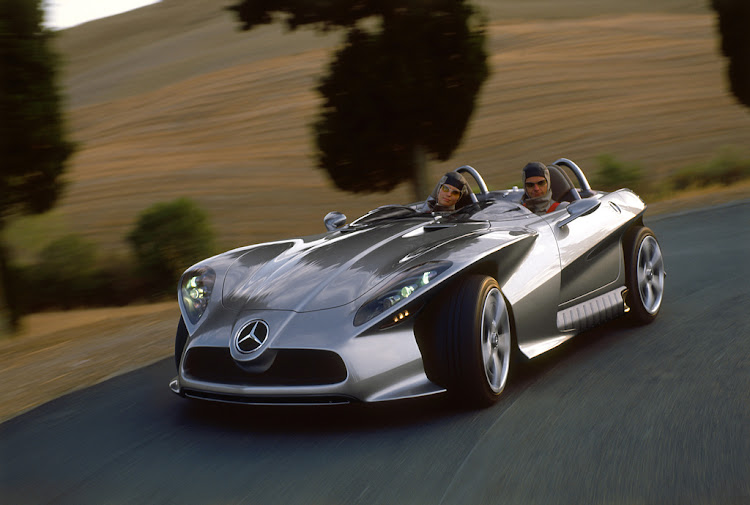 The two-seater concept car was ahead of its time, although we don’t see the cloth helmets becoming a trend.
Image: Supplied

In 2001 the F400 Carving appeared like a messenger from a fascinating future and also showcased drive-by-wire steering and brakes instead of mechanical connections — a system that’s gone on to become widely used on production cars.

The engineers also broke new ground in suspension tuning, using active hydro-pneumatics for the first time in the Active Body Control (ABC) which stiffens and softens the suspension to adapt to the driving situation at lightning speed.

The two-seater concept car had scissor doors and a 3.2-litre V6 engine with 160kW sent to the rear wheels.

The F400 Carving never went into production but the carving concept found its way into the S-Class Coupe of 2014. Called Active Curve Tilting, the system used cameras to scan the road ahead and tilted the suspension to allow the car to lean into the corner. Rather than increased cornering speeds it was aimed at enhancing comfort by reducing the lateral acceleration experienced by the driver and passengers of the car; “to make the car glide elegantly through bends” as Benz put it.

To reinforce its commitment to electrification, Mercedes-AMG has unleashed the new GT 63 S E Performance: a plug-in hybrid that offers spellbinding ...
Motoring
2 months ago

Michael Taylor drives the new C200 at its world launch in Immendingen, Germany
Motoring
5 months ago