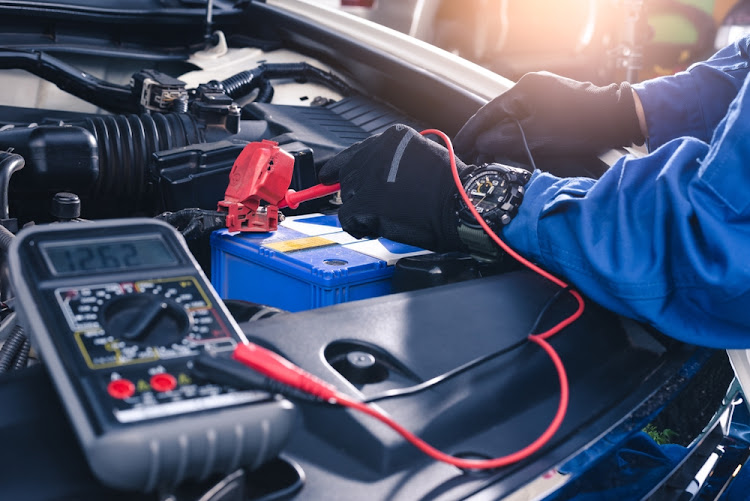 Even in 2021 car batteries are still poorly understood by the average owner.
Image: Suppiied

Batteries are mysterious things. For 100 years they have been fitted to motor cars, yet they are still poorly understood by the average owner. This is strikingly illustrated by a report from a German manufacturer of luxury cars who found that of 400 starter batteries returned under warranty during a certain period, 200 were healthy and working well.

Let us look at the typical failure modes of a battery, and how we can avoid blaming the battery unfairly when the fault lies elsewhere. Broadly speaking, a battery will either die suddenly, with very little warning, or it will suffer a lingering demise which might give hope, usually falsely, that it can be revived.

Sudden death is usually due to one of the cells in the battery expiring at short notice. This can happen when material flaking off its plates accumulates at the bottom, below the plates, slowly building up until it provides a conductive pathway between the plates, effectively shorting out the cell. Another cause of instant death is that the internal connections between the series-connected cells can corrode to the point where they break, creating an open circuit inside the battery.

Both these scenarios can be confirmed by using a multimeter to test the voltage across the battery's terminals.

A multimeter is indispensable when investigating suspected battery faults. It doesn't have to be a sophisticated one; even a basic, inexpensive one will work. Familiarise yourself with its different functions, and make sure you use the voltage (V) setting when testing a battery's voltage. If it provides the option of ranges, 0– 0 V is a good choice for a starter battery.

If one cell is dead, the voltage of the battery will be around 10,5 V, perhaps sufficient to power up the electronics, but not to crank the engine. If a connection is broken, you will get a reading of zero or very close to zero. Incidentally, battery voltage should ideally be checked after the battery has been on a mains-powered charger overnight, and is then allowed to “rest” off-charger for an hour or so.

A battery that shows symptoms of a gradual decline presents a much more complicated problem. It usually begins with a sluggish starter motor. That can be an indication that the battery lacks the capacity to maintain sufficient voltage in the starter circuit. But a sluggish starter can also be caused by a bad connection somewhere between the starter and the negative terminal on the battery, so you should check for that first. If the connections are tight and bright, you should put the battery through the charge-and-rest routine, and then use the multimeter to monitor the battery voltage while a helper operates the starter. It's normal that the battery voltage will drop while the starter is working, but if it goes below 10 V, and especially if it keeps on dropping instead of levelling out, the battery is either not receiving or not accepting a full charge.

Briefly, it works like this: when a battery is called upon to deliver current, a thin layer of fine lead sulphate crystals forms on the plates. If the battery is recharged promptly and fully enough, these crystals are easily and completely converted back to their constituents. But if the plates are allowed to remain in a semi-discharged state too long, the “temporary sulphate” becomes “permanent sulphate”, which is very hard to remove.  Trying to recharge a sulphated battery has been likened to washing your hands with gloves on. This is the quickest way to destroy a battery. The kindest thing you can do for a lead-acid battery is to regularly recharge it fully with an external charger. If the battery was accidentally discharged completely (by forgetting the headlights on, for instance), it should receive such a full recharge as possible. Do not leave it to the alternator.

Another prank of car batteries is to go flat abnormally quickly if left unused. This is often caused by a parasitic current flowing from the battery unbeknown to the owner. Common culprits are trackers (an auto-electrician to whom I spoke recalled that he once had to remove four tracking devices from a car) and relays which fail to switch off. A conclusive test for a parasitic current draw on a modern vehicle is best done by a competent auto-electrician.

If a battery is flat, bear in mind that on a modern car jump-starting is fraught with danger, to both donor and recipient vehicle. It should only be resorted to in the most dire emergencies.

The advantages of doing basic maintenance on your own car are undeniable. It saves you money, it allows you a free hand in deciding which brand of ...
Motoring
1 month ago

Engines have always held a particular fascination for car nuts. For well over 100 years, the internal combustion engine has ruled the world's roads, ...
Motoring
3 months ago