The original Tiburon was a big move for Hyundai.
Image: Supplied

This month Hyundai launched its scintillating new high-performance N-division offerings in the country. The i30 N, now with a dual-clutch transmission and the potent Kona N crossover affirm that the South Korean automaker is able to trade blows with the best of them. Another feather in its cap this April was clinching the World Car of the Year title in the 2022 World Car Awards — a plaudit earned by the Ioniq5 electric vehicle.

But this week we wanted to cruise down memory lane, to a time when Hyundai was more aspirational than outright achiever. Does the name Tiburon ring a bell? It should — this was one of its early steps towards cultivating pedigree. Derived from Spanish etymology, it means shark, adorning the rump of a series of two-door sports cars from the South Korean carmaker.

The first-generation model wore the internal designation of RD and made its debut at the Geneva Motor Show in 1996. Also dubbed the Hyundai Coupé in some markets, it was designed to replace the boxier Scoupe (pronounced “scoop”). TopCar magazine SA ran a report in June that year having seen the newcomer in the flesh at the exhibition reveal. 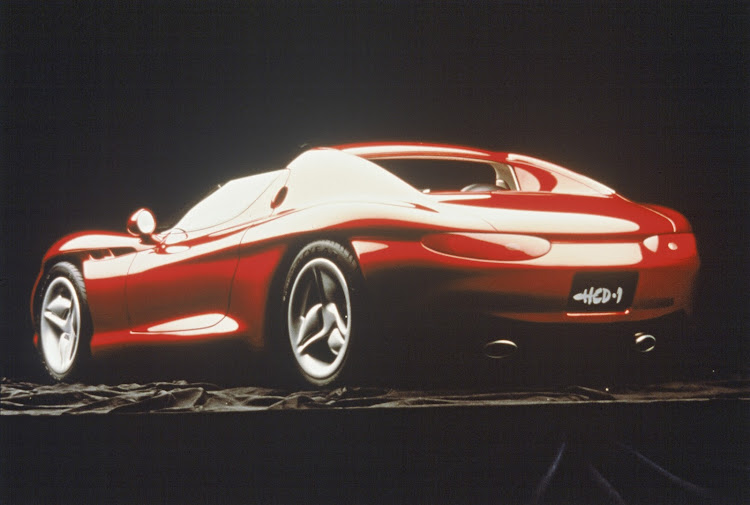 “Hyundai has become a household name in SA over the past three years for its value for money saloon cars, which have proven extremely popular with local motorists,” read the opening of the TopCar article by Ian Shrosbree.

The perspective was that the imminence of the newcomer would mark Hyundai’s “metamorphosis into a major manufacturer” — and Baik Hyo-Whi, the brand’s vice-president of international operations at the time, expressed lofty ambitions for the vehicle. He was quoted as saying: “This car puts us on a new, higher, plateau and is a major step forward in redefining who we are as a motor company.”

Power would come from a selection of normally-aspirated, four-cylinder petrol units. At the very top was a 2.0-litre derivative good for 103kW and 184Nm, with a five-speed manual.

But this paragraph from the TopCar article was even more noteworthy: “Handling prowess is expected to be excellent due to an involvement from sports car manufacturer Porsche. In order to attain the ride and handling necessary for a sports car, Hyundai entrusted the tuning of the Coupé’s suspension to the Stuttgart company. MacPherson strut front, and dual link rear, suspension was fine-tuned by Porsche through optimising spring rates and damper settings to produce sound handling without compromising on ride quality.”

So maybe the styling was not as crisp as some of the European and Japanese rivals of the time, but it sure was interesting compared to the demure flavours of the Accent and Elantra of the day. It took inspiration from the 1992 HCD-1 concept car, which sort of looked like an oriental Dodge Viper. Arguably, Hyundai made a misstep with the visual execution of the facelift RD2 model, which took on a goggle-eyed countenance and the impression of a larger rear, thanks to taillights with a greater surface area.

But the Tiburon name appeared to rise from the ashes with the second-generation GK model, which looked leaner and meaner than any production Hyundai seen before. And unlike before, you could have it with a 2.7-litre, V6 engine. In a release dated March 21, 2005, Hyundai SA’s former MD promised that the “dynamic and vibrant performance” of the Tiburon would be a sign of things to come. It was manufactured at the carmaker’s Ulsan plant in South Korea, with a total development cost purported at $230m, over 26 months. 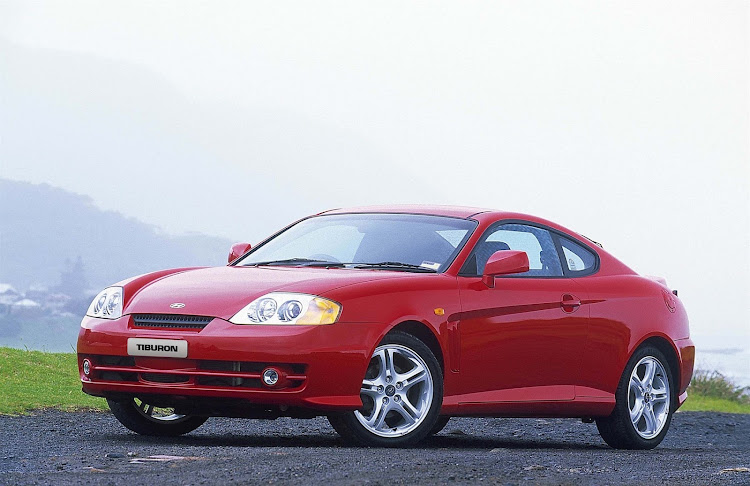 The 2.0-litre, entry-level model delivered 102W and 185Nm, mated to a five-speed manual. The V6 used a six-speed manual and delivered 130kW and its torque figure of 250Nm was touted as “road burning” by Hyundai. It boasted an 8.2-second claimed 0-100km/h sprint time. I recall learning a new word reading Cars in Action magazine as a youngster, when “scintillating” was used to describe the performance of the six-cylinder Hyundai. It would have cost you R269,995 new in 2003.

The Tiburon also claimed to have a better drag coefficient than its contemporary, the Audi TT. Meanwhile, a rear-deck spoiler, carved slats behind the front wheels and a racing-style fuel filler cap evidenced its sporting ambitions. The 418l boot made it suitable for the requirements of everyday life.

Inside, you got Recaro-developed front seats, air-conditioning, a CD-player, central locking and an electric trunk-lid release. The 2.0-litre had dual front airbags, the V6 gained side airbags. And if you thought the colour scheme was too drab, this gem from the release would have raised your brow:

One last update before the Tiburon name was put to pasture.
Image: Supplied

“Colourists at Hyundai's research & development centre in Namyang specified black as the interior key colour to communicate serenity and create a heightened sense of security, while at the same time conveying a sense of speed and energy.”

While the Veloster filled the void of the Tiburon in spirit locally, many regard the true successor to the model as the Genesis Coupé, an offering that never made its way to our market. In case you forgot, Genesis is the luxury division of Hyundai.

While Volkswagen was not the first manufacturer to use the GTI acronym, many will argue that it made the arrangement of letters famous.
Motoring
1 month ago

The mere existence of these two contenders marks a triumph for the manufacturers concerned. Showing up is half the battle won, as the saying goes. It ...
Motoring
1 month ago