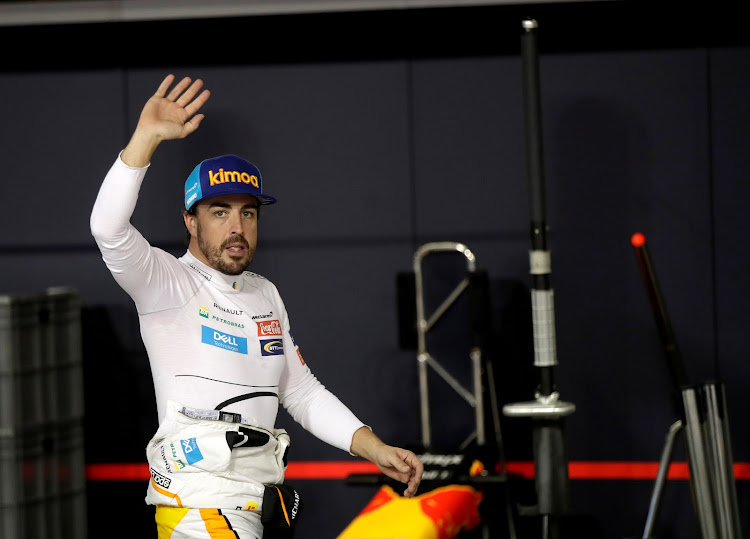 Fernando Alonso aims to complete the triple crown of racing, and perhaps add the Dakar Rally to his CV as well.
Image: Reuters

Two-times Formula One world champion Fernando Alonso will test with McLaren in Bahrain next week after this Sunday's Grand Prix, his first time in an F1 car for five months, the team said on Thursday.

The 37-year-old Spaniard left Formula One at the end of last season but remains close to the team as an ambassador and also as a driver competing in the Indianapolis 500 with a McLaren entry in May.

McLaren have an all-new lineup this year in Spaniard Carlos Sainz and British rookie Lando Norris.

McLaren said Alonso will carry out tyre testing duties for Pirelli at Sakhir on Tuesday and Wednesday next week in a second car provided by the team.

Alonso has been in SA this week testing Toyota's Dakar-winning Hilux bakkie with a view to possibly competing in next year's Dakar Rally in South America. The Spaniard, who races for Toyota in the World Endurance Championship, drove the Hilux in the Kalahari desert in the Northern Cape, and was accompanied by SA's Giniel de Villiers in a second  Hilux.

After winning last year's Le Mans 24 Hours with Toyota, Alonso achieved the second part of motor racing's so-called Triple Crown, the first one being his two Monaco Grand Prix victories. If he wins the Indianapolis 500 he would join the legendary Graham Hill as only the second driver to win in all three disciplines.

A Dakar victory on top of that would make him unique among drivers.