Mick Schumacher has a growing appreciation for what Michael did 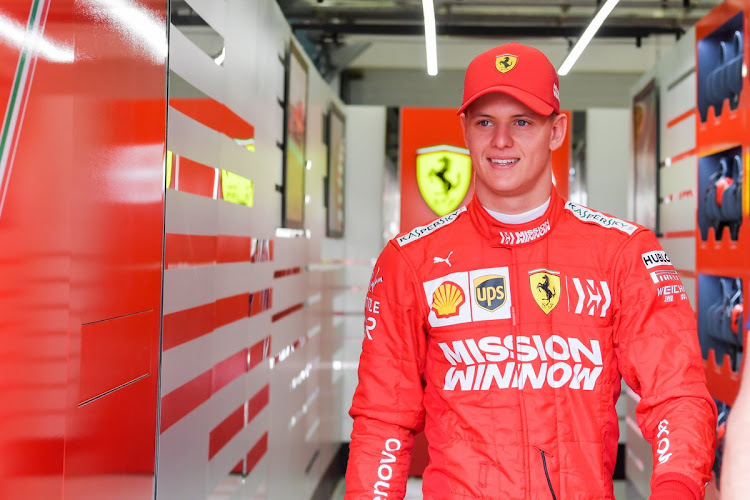 Formula Two rookie Mick Schumacher says he appreciates more with every race just how great a driver his father Michael was.

The 20-year-old German is preparing for his third F2 weekend at the Circuit de Catalunya, the track where his seven-time Formula One world champion father won a record six Spanish Grands Prix.

"It's never easy and what he has done is extraordinary," Schumacher told reporters on Thursday.

"I appreciate it every day more."

The youngster, a member of the Ferrari academy and last year's European F3 champion, looks destined to graduate to Formula One and tested the Italian team's car in April.

Team principal Mattia Binotto said then he could see similarities with Michael.

Schumacher senior, who has not been seen since he suffered head injuries in a 2013 skiing accident, was famed for attention to detail.

Mick, whose uncle Ralf was also a multiple Grand Prix winner and is now helping 17-year-old son David in junior series, indicated he was just as meticulous.

Also like his father, who suffered from motion sickness in simulators, he steers clear of the modern trend of virtual racing.

"I don't do any sim at home or whatever," he said. "If I do, it's with the team which is a proper preparation for me. Data, everything, all the key points I need to be prepared.

"At home I basically just go through it, through my notes, and try and take everything so I am in a good place to arrive here for practice and be ready.

"I prefer going training, on the bike and to the gym, which is for me also very good on the mental side," added the German. "I don't have the feeling I need to do online racing."

Mick, who is ninth in the F2 standings with a best result of fifth so far, said he loved to probe his limits and those of the car.

"If you find that sweet spot and are able to repeat it every time, honestly that is one of the best feelings," he said. "If you get that feeling, it's addictive."

Asked what he did to unwind on days off, Schumacher said he watched old racing videos to see what he could learn about strategy and technique. And if he had a day free of all commitments, he would take the dog for a walk.