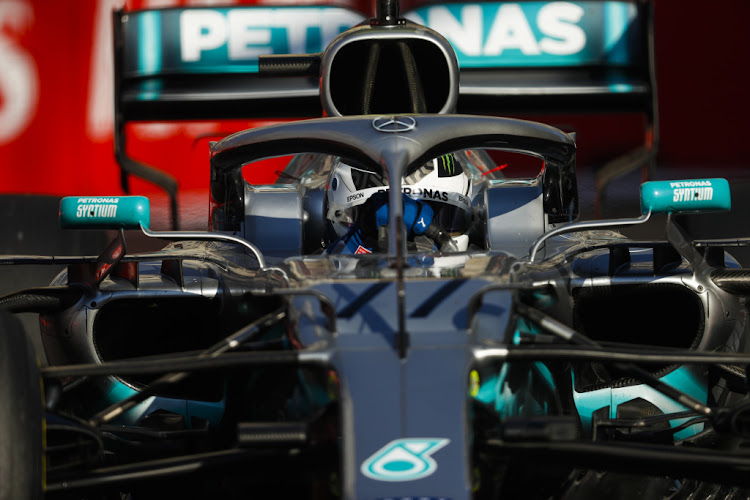 Formula One championship leader Valtteri Bottas set the early pace for Mercedes in first practice for the Spanish Grand Prix on Friday with Ferrari's Sebastian Vettel and Charles Leclerc close behind.

Despite his best lap of one minute 17.951 seconds on the soft tyres, on a sunny morning at the Circuit de Catalunya, Bottas missed the last half hour due to an oil leak that shut down the car and had to be investigated.

Champions Mercedes have won the first four races of the season with one-two finishes, with Bottas leading Hamilton by a single point thanks to his fastest lap in the Australian season-opener.

Ferrari were the fastest team in pre-season testing in Barcelona and, with an engine upgrade, are hoping to recover that pace in the first race of the traditional European part of the campaign.

Vettel, third in the drivers' standings, is already 35 points behind Bottas.

Hamilton was unhappy with the performance of his car's tyres, also setting his best lap on softs.

"Tyre prep terrible. Rear tyres are done," the Briton said over the radio.

Romain Grosjean, who has yet to score a point this year, was fifth fastest for the Haas team with McLaren's Carlos Sainz, the only Spanish driver now that Fernando Alonso has left, in sixth place.

Red Bull's Max Verstappen, a winner in Spain in 2016, was only 12th fastest after ending his session early with an unidentified problem.

Canadian Lance Stroll provided the only incident of the first practice, crashing his Racing Point into the tyre wall at turn nine and bringing out red flags to close the session.

Hamilton is tightening his gloves for battle with Bottas

Five-times world champion assures media and fans that he'll be playing hardball with his teammate from Spanish Grand Prix onwards.
Motoring
3 years ago

Spanish GP set to be a true test of Ferrari's mettle

Claire Williams confident insurance will pay out for Baku damage