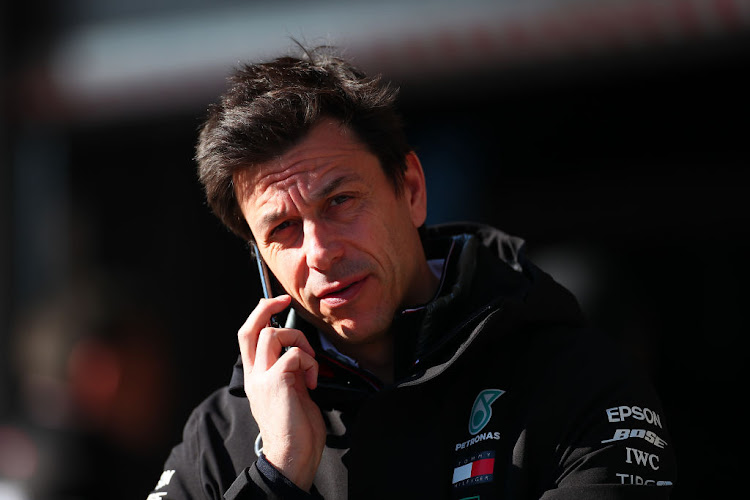 A Mercedes F1 spokesman said Wolff's move was purely an investment on the Austrian's part and would be diluted by a rights issue on Monday from 4.77% to less than 1%.

“Fully diluted following the pending rights issue, this investment will represent a 0.95% stake in the company,” he added.

“It is a financial investment and Toto's partnership and executive role with Mercedes are unaffected by the transaction.”

Swiss billionaire Ernesto Bertarelli has also bought a 3.38% stake which will be similarly diluted.

Wolff previously had a 16% shareholding in former champions Williams but sold that after he joined the Mercedes team, where he serves as principal and owns 30%.

Canadian billionaire Stroll, whose son Lance drives for Racing Point alongside Mexican Sergio Perez, is close to Wolff. The Silverstone-based team — to be renamed Aston Martin next year — use Mercedes engines and gearboxes.

“It's clear that Aston are now Mercedes' B team,” the Daily Mail quoted one Formula One insider as saying.

Wolff's future at Mercedes has been the subject of some media speculation, with the 48-year-old linked variously to senior management roles with Liberty Media-owned Formula One and at Aston Martin.

His Aston Martin shares were bought from Yew Tree Overseas Ltd, a vehicle controlled by Stroll who acquired a roughly 25% percent holding in Aston Martin with a consortium of investors.

Mercedes have won the past six Formula One drivers' and constructors' titles but have six-time world champion Lewis Hamilton out of contract at the end of the 2020 season, which has yet to start due to the Covid-19 pandemic.

Hamilton, who has also been linked to Ferrari, had told reporters before the global crisis changed the sporting and financial landscape that his decision would depend on Wolff's plans.

The Briton is now expected to stay at Mercedes, with a radical overhaul of Formula One's sporting and technical regulations postponed to 2022.

The start of the MotoGP season has been pushed back further into the European summer after German Grand Prix organisers sought a postponement due to ...
Motoring
2 years ago

Formula One could start the season behind locked gates due to the Covid-19 pandemic but the glamour sport will likely have to slim down considerably ...
Motoring
2 years ago