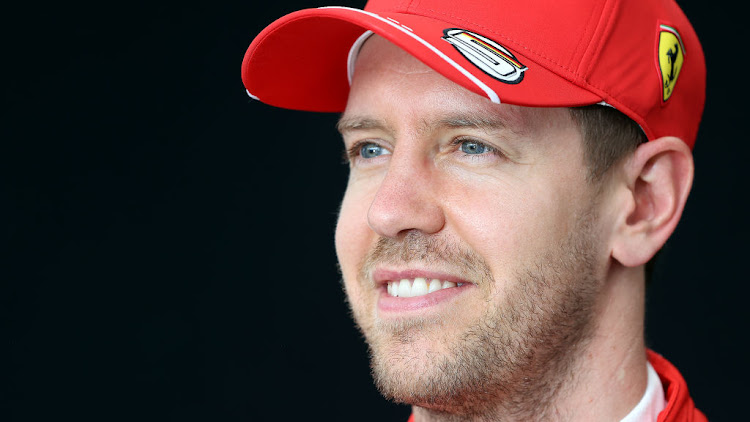 Sebastian Vettel has never been one for social media or had much time for e-sports, but even the four-times world champion has shifted his stance, however slightly, under Formula One's coronavirus lockdown.

Although the 32-year-old Ferrari driver is still not remotely tempted by Twitter or Instagram, he has acquired a gaming rig. Just how much the German uses it remains to be seen.

Rivals, including his Monegasque teammate Charles Leclerc, who has thrown himself enthusiastically into virtual racing in the absence of any real-life track action, can probably rest easy.

"The truth is I didn’t have a simulator until a few days ago so I have not been tempted because I didn’t have the chance," Vettel told reporters when asked in an online media session about any interest in e-sports.

"I have heard a lot of things about so I thought I might get one and try it, but I need to still set it up properly," he said.

Leclerc, a two-times winner last season who also finished ahead of Vettel in the standings, won the virtual Vietnamese Grand Prix this month on his debut in the new Formula One e-sports race series.

PODCAST | Virtual is the new reality for motoring enthusiasts

In this episode of Cargumentative the guys host a special show dedicated to SIM racing - an online sport that's making headlines during the Covid-19 ...
Motoring
2 years ago

Red Bull's Max Verstappen and Alexander Albon, McLaren's Lando Norris, Alfa Romeo's Antonio Giovinazzi and the Williams pairing of George Russell and Nicholas Latifi have also kept their hands in online as they wait for the season to start.

Seven Formula One races have been postponed so far and organisers are talking about a reduced calendar possibly running into January.

"Generally I’m not going to foresee a career in sim racing," said Vettel. "I think it’s more something to try for fun. I grew up with some of the stuff and I’ve been playing some games, but to be honest since I had kids it’s not the first thing on my list to do," said the father of three.

"I’m aware that some people take it very seriously and spend a lot of time there, but I also enjoy doing other things."

Vettel and former teammate Kimi Raikkonen, now with Alfa Romeo and the oldest driver on the grid at 40, both live in Switzerland and guard their privacy closely.

The Ferrari driver made it clear he was not about to develop a Twitter following.

"I have not progressed on social media," he said. "I didn’t have the time. It’s something I never started so it doesn’t feel like I miss it," said Vettel.

Being stuck at home for 21 days isn't necessarily a bad thing - especially if you have been itching to dip into the exciting world of sim racing.
Motoring
2 years ago