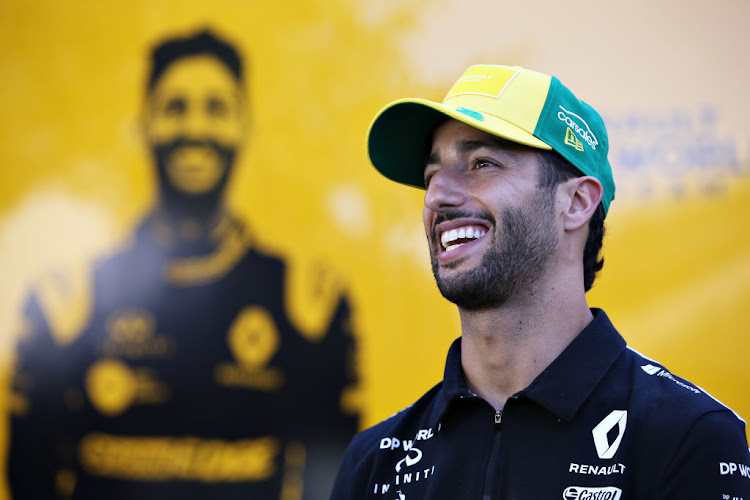 Daniel Ricciardo of Australia and Renault Sport F1 looks on in the Paddock during previews before the F1 Grand Prix of Australia at Melbourne Grand Prix Circuit on March 12, 2020.
Image: Charles Coates/Getty Images

Daniel Ricciardo had discussions with Ferrari over a possible move to the Italian Formula One team before opting for McLaren, the Australian said on Thursday.

Ricciardo is of Italian descent and has long been considered an obvious target for Ferrari, the sport's oldest and most glamorous team.

In the end, Ferrari chose McLaren's Spaniard Carlos Sainz as the replacement for four times world champion Sebastian Vettel alongside Charles Leclerc for 2021.

“There have been discussions already from a few years back. And that continued all the way through to now,” Ricciardo, 30, told CNN Sports.

“I won't deny that. But obviously it's never really come to fruition.

“I don't know actually and I've never really chosen to dive too deep into it,” added Ricciardo on the reasons why.

“Everyone says it would be a good fit, obviously, with my name and all the background stuff but, yeah, I try not to get emotionally caught up in any kind of situation.”

Ricciardo recognised that Sainz, 25, was a good fit for Ferrari and described the Spaniard as “a bit of a hot property right now”.

Ricciardo, a seven times race winner with Red Bull, had a difficult season at Renault with a best result of fourth last year.

He said there was not one event that triggered his decision to move to McLaren.

“The discussions with McLaren go back to even before, I guess, 2018, and I guess continued over time.”

Dutch F1 Grand Prix postponed to 2021 due to pandemic

The Dutch Formula One Grand Prix at Zandvoort has been postponed to 2021 because of the Covid-19 pandemic, organisers said on Thursday
Motoring
1 year ago

Formula One's governing body hailed a major step forward on Wednesday after approving a package of cost-cutting measures including a $145m budget cap ...
Motoring
1 year ago