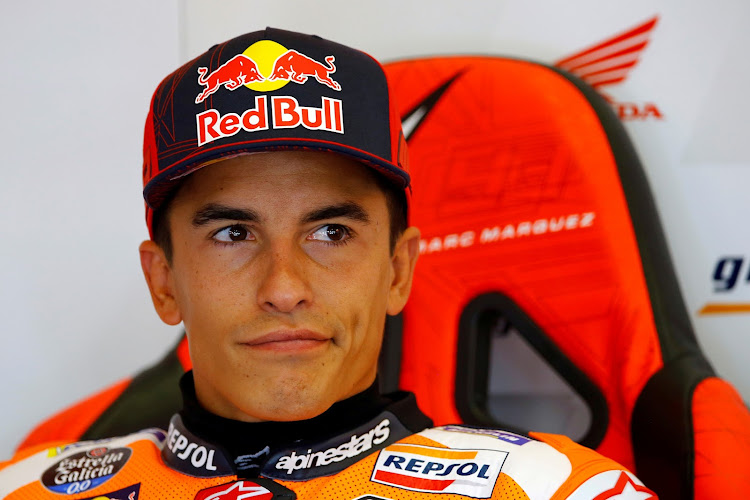 Marc Maquez will not compete in the last two races of the 2020 MotoGP season.
Image: Reuters

MotoGP world champion Marc Marquez will not return this season as he continues to recover from a broken arm, his Repsol Honda team said on Tuesday.

The Spaniard fractured his upper arm in the season-opening Spanish Grand Prix in Jerez in July, and had to undergo a second operation after damaging a plate in the arm while opening a window ahead of the second race in Jerez.

With only two races left on the 2020 calendar, Honda have decided to complete the season with Marquez's younger brother Alex and test rider Stefan Bradl.

"Working through his recovery programme and tracking the progress of his arm, Marc Marquez in conjunction with Honda, his team and multiple expert doctors, has elected to officially delay his return to action until 2021," Repsol Honda said.

Six-times MotoGP champion Marquez, who won the world title in each of the last four seasons, will finish the 2020 campaign without a single point on the board.

"It's time to continue with the recovery," Marquez said on Twitter.

"Thanks for the messages of support. Looking forward to returning in 2021."

The penultimate race of the season will be held in Valencia on Sunday, with Suzuki's Joan Mir holding a 37-point lead at the top of the championship standings.

Italian MotoGP rider Andrea Iannone has been banned for four years after testing positive for a banned steroid, the Court of Arbitration for Sport ...
Motoring
1 year ago

Italian Andrea Dovizioso has turned down an offer to become a test rider for Yamaha in 2021 and will put his career on hold, "La Gazzetta dello ...
Motoring
1 year ago

Suzuki's Joan Mir edged out team mate Alex Rins to claim his maiden MotoGP victory at the European Grand Prix on Sunday, extending his lead at the ...
Motoring
1 year ago