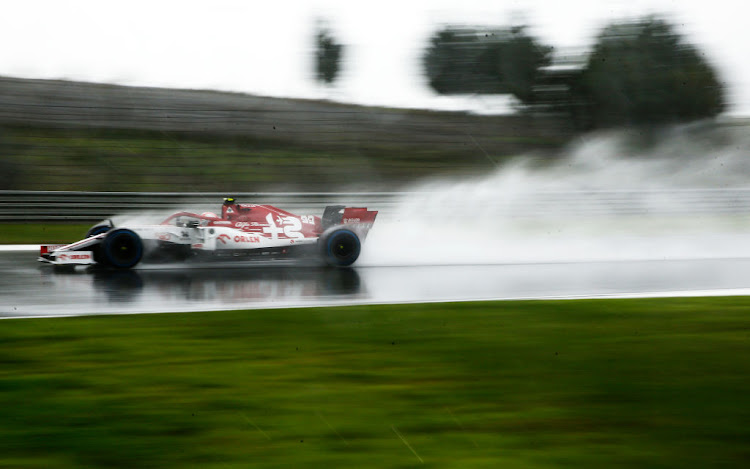 Rain on a slippery track turned Saturday's final practice for the Turkish Grand Prix into the equivalent of driving on an ice rink with cars sliding and spinning and lap times completely meaningless.

The extremely challenging conditions, with the best drivers in the world struggling to keep their cars on the asphalt in the cold and wet, raised concern about qualifying later in the afternoon.

“This is as close to driving on ice as you can get,” commented Mercedes' Lewis Hamilton, who is poised to clinch his record-equalling seventh world championship in Sunday's race at Istanbul Park.

“I would have more grip on the ice,” said AlphaTauri's Daniil Kvyat over his car radio.

Red Bull's Max Verstappen ended up top of the time sheets, completing a practice sweep after leading the way in Friday's slippery sessions at a track that last hosted a Formula One race in 2011.

Hamilton, 85 points ahead of sole title rival and Finnish team mate Valtteri Bottas with four races remaining, did not set a time and was last on the list.

The Briton, who had been strongly critical of the newly resurfaced track on Friday, ventured out to test the conditions only on full wet tyres.

“It’s very slippery for sure,” Leclerc told his team. “But if we have this in the race we need to train and you know I want some practice in these conditions.”

“It's a challenge ... even more of a challenge than yesterday,” said McLaren team boss Andreas Seidl after his drivers Carlos Sainz and Lando Norris went off, with the latter spinning.

“I cannot take this,” said the Spaniard, who felt the session should have been stopped.

Formula One champion Lewis Hamilton slammed a recent resurfacing of the Turkish Grand Prix circuit on Friday as a waste of money that had turned a ...
Motoring
6 months ago

Max Verstappen led a Red Bull one-two in a largely meaningless Turkish Grand Prix first practice on Friday that the Dutch youngster likened to ...
Motoring
6 months ago
Next Article