Kristensen tells his own story as 'Mr Le Mans' 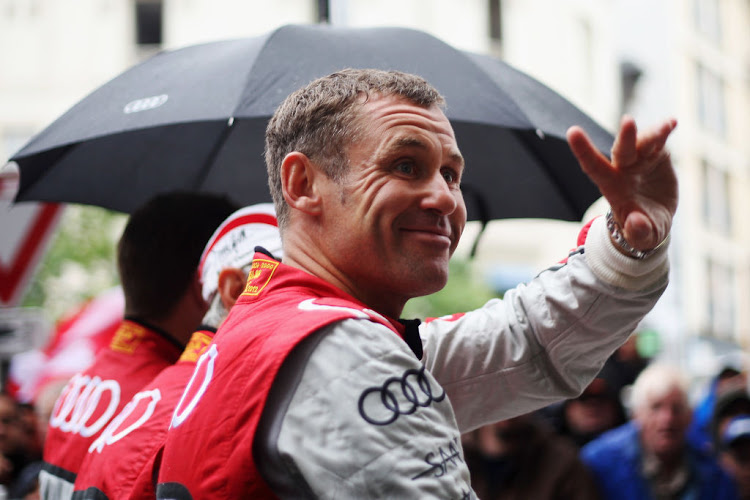 Le Mans chooses its own winners, so the saying goes, but Tom Kristensen, who has won the 24 Hours sportscar race more times than any driver in its nearly 100-year history, sees it differently.

The Dane took a record nine victories – including six in a row – at the Sarthe circuit, with 14 podium appearances from his 18 starts between 1997 and 2014.

How he achieved such success is chronicled in the book Mr Le Mans, published in English this month by Evro, and it is a tale of dedication, determination, talent and taking nothing for granted.

“I never ever believed in anything before we had the chequered flag ... you have to keep fighting and focused all the way to the end,” the 53-year-old, also a six times winner of the Sebring 12 Hours, told Reuters.

“I don’t believe in luck. I believe in preparation, I believe in trying to listen to the car - and it’s tough to stay out of trouble when you are in day and night and rain and you are passing between seven and nine cars per lap on average.

“If you sit there and believe somebody will choose you then you are in the wrong seat.”

A sports book of the year in Danish, and co-authored with journalist Dan Philipsen, Mr Le Mans considers Kristensen's motorsport career but is also a reflection on personal battles and family sacrifices.

Formula One, a dream that never happened despite interest from Jordan, Prost, Minardi, BAR, Williams, Jaguar and Lola, is also part of the story.

In 2013 Britain's Autosport magazine drew up a list of the 50 top drivers who never raced in F1, with the Dane coming first.

“I take it as a great badge. But there were reasons why I didn’t succeed and go in F1,” said Kristensen, who now serves as an occasional F1 steward and heads the FIA drivers' commission.

“I had never any background or backing like other people have matured with,” added the former bank clerk whose father owned and ran a gas station while also racing cars.

“I’m very proud of that and I would never have joined those (endurance) car manufacturers if maybe I had gone to F1. I have no regrets at all.”

Kristensen's first Le Mans victory came at the first attempt, with a Joest Racing-entered Porsche and Italian Michele Alboreto and Sweden's Stefan Johansson as co-drivers. He set the fastest lap of the race in record time.

The weekend changed his life, though he hesitates to call it the moment he fell in love with Le Mans.

“Fell in love sounds wrong. I am attached to it. I’m swallowed by it because it takes a lot of things. It’s not only love, it’s also fear,” he said.

“The mechanics, they mostly only spoke German with a heavy dialect and looked at me with a hard eye. I had to impress them. They were not there for me. This was the feeling I had in the beginning,” he said of 1997.

“I got through my night stints and it was nice to get eye contact and just a small thumbs up from some of the mechanics. That was like water in the desert. You have to fight for your respect.”

Alfa Romeo team principal Frederic Vasseur has tested positive for Covid-19 and will not fly to Bahrain for pre-season testing from March 12-14, ...
Motoring
1 month ago

Bahrain vaccine offer taken up by some F1 team members

Some Formula One team members, including from Ferrari and Mercedes, have taken up Bahrain's offer of Covid-19 vaccinations ahead of testing and this ...
Motoring
1 month ago

Formula One's official safety and medical cars will be provided by both Aston Martin and Mercedes at different events this season, the governing body ...
Motoring
1 month ago
Next Article