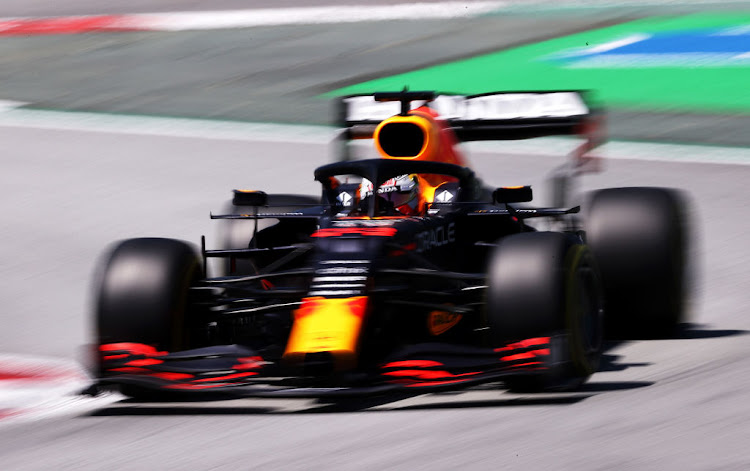 Max Verstappen of the Netherlands driving the (33) Red Bull Racing RB16B Honda on track during final practice for the F1 Grand Prix of Spain at Circuit de Barcelona-Catalunya on May 08, 2021 in Barcelona, Spain.
Image: Lars Baron/Getty Images

The Dutch driver's time of one minute 17.835 seconds was 0.235 quicker than seven-time world champion Lewis Hamilton, who will be chasing a record-extending 100th pole position later.

Hamilton is eight points clear of Verstappen after three races.

Hamilton was fastest in Friday practice, after Finnish team mate Valtteri Bottas set the pace in the morning, and with Verstappen only ninth but his pace on Saturday showed Red Bull remained very much in contention.

“Yesterday we were wondering where the Red Bull was, and today Max has just put in a lovely lap,” said 2009 world champion Jenson Button on Sky Sports television.

Verstappen has led every third practice session this season.

Bottas was only fifth while Verstappen's team mate Sergio Perez was 10th on the time sheets.

McLaren's Lando Norris, third in the championship, lapped sixth fastest, after venturing into the gravel, and Pierre Gasly was seventh for AlphaTauri with Australian Daniel Ricciardo eighth for McLaren.

Valtteri Bottas lapped fastest for Mercedes in first practice for the Spanish Grand Prix on Friday with Red Bull's Max Verstappen next on the ...
Motoring
1 year ago