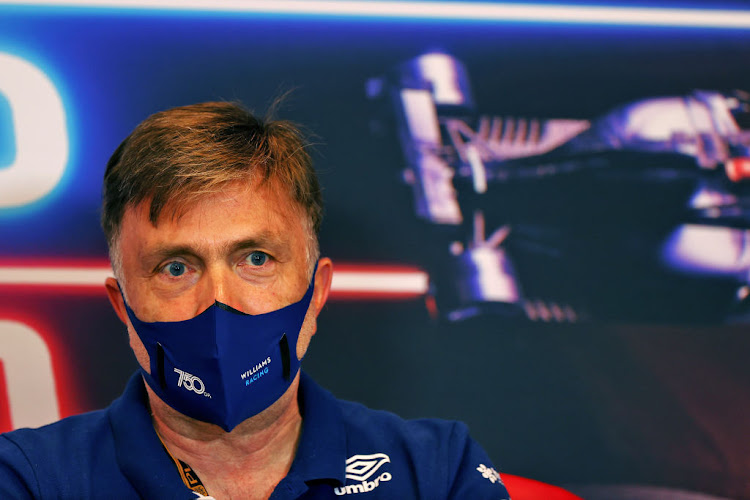 Jost Capito has taken on the role of Williams Formula One principal.
Image: XPB - Pool/Getty Images

Jost Capito has taken on the role of Williams Formula One principal, with Simon Roberts leaving the team in a streamlining of the management structure, the struggling former champions said on Wednesday.

Last December Capito was appointed CEO of the team, who were dominant in the 1980s and 1990s but have not won a race since 2012, and he started work at the Grove factory in February.

Williams were taken over by US-based Dorilton Capital last August and have Britain's George Russell and Canadian Nicholas Latifi as drivers.

They have not scored a point since July 2019 and are last in the 10-team championship after six races.

Roberts had been confirmed in the role of principal in December after joining a year ago, and his last day was on Tuesday.

“Simon has played an integral role in managing the transition over the last 12 months and I would like to thank him for his great contribution during that time,” Capito said in a statement.

Technical director Francois-Xavier Demaison, who was appointed in March, will now be in charge of engineering both at the factory and trackside to ensure both ends are fully connected.

The Frenchman has previously worked with Capito, who is German, at Volkswagen Motorsport.

Capito has been carrying out an extensive review of the team's structure, interviewing staff about what needed to change.

One finding, according to the team, was the need to unite the engineering side under one leader and avoid any disconnect between racetrack and factory, with clear roles and responsibilities.

A head of race engineering is expected to be announced before the French Grand Prix on June 20 and a sporting director eventually appointed from outside the team.

Dave Redding will remain in his role of team manager.

The Mercedes-powered team's main focus is on their 2022 car, with a major rule change next year and the chance to make a significant step back up the pecking order after years at the bottom.

Sebastian Vettel looks like a man reborn at Aston Martin and the decision to sign him appears to be paying off, Formula One's MD for motorsport Ross ...
Motoring
1 week ago

Mercedes 'not at the level needed to win titles'

Once-dominant Mercedes are no longer performing at the level needed to win the Formula One championship and must get back to their "A Game", team ...
Motoring
1 week ago