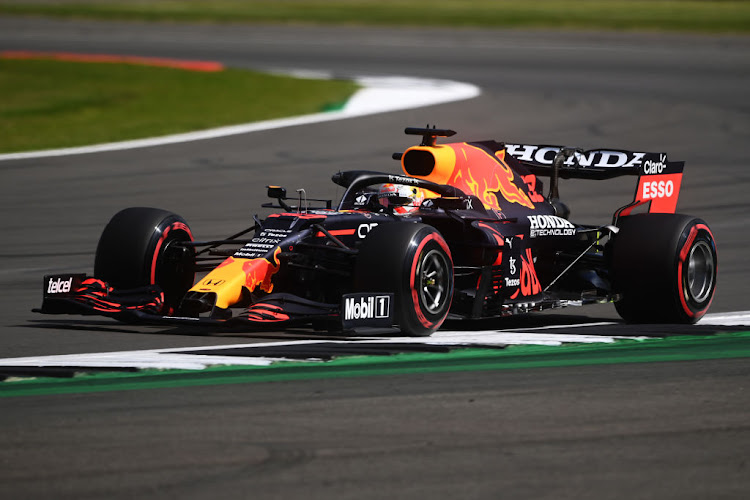 Max Verstappen during practice ahead of the F1 Grand Prix of Great Britain at Silverstone on July 16, 2021 in Northampton, England.
Image: Michael Regan/Getty Images

Red Bull's Formula One championship leader Max Verstappen was fastest by a hefty margin in practice for a new-look British Grand Prix on Friday with home hero Lewis Hamilton only third on the time sheets.

On a sunny afternoon, with fans filling the grandstands on a day of action as Formula One experimented with a fresh format, the 23-year-old Dutchman produced a best time of 1:27.035 seconds.

That was 0.779 quicker than McLaren's second-placed Lando Norris, who pipped Mercedes' seven-time world champion by 0.001 in a big boost for a youngster still shaken by a mugging last Sunday at the Euro 2020 soccer final.

“Seven tenths? Where does that come from?," Hamilton asked his engineer over the radio when the team, who have brought some car upgrades to Silverstone, informed him of the gap to Verstappen.

The usual second Friday practice session has been replaced by qualifying for a new Saturday 17-lap sprint race that will decide the grid for Sunday's grand prix and award points to the top three.

Hamilton is seeking a record-extending eighth British Grand Prix victory this weekend but Verstappen and Red Bull have the momentum, with the youngster 32 points clear in the standings after nine rounds.

While Silverstone has been a fortress for champions Mercedes in recent years, Red Bull are on a roll and chasing a sixth successive win.

George Russell, the third Briton in action, was bottom of the time sheets with Williams.

Formula One champions Nico Rosberg and Sebastian Vettel have criticised the decision to award pole position at the British Grand Prix to the winner ...
Motoring
11 months ago

McLaren Formula One driver Lando Norris said he struggled to sleep after being mugged at the European soccer championship final last weekend but ...
Motoring
11 months ago

Seven times Formula One world champion Lewis Hamilton said he was inspired by the reaction of England soccer players to online abuse after their ...
Motoring
11 months ago