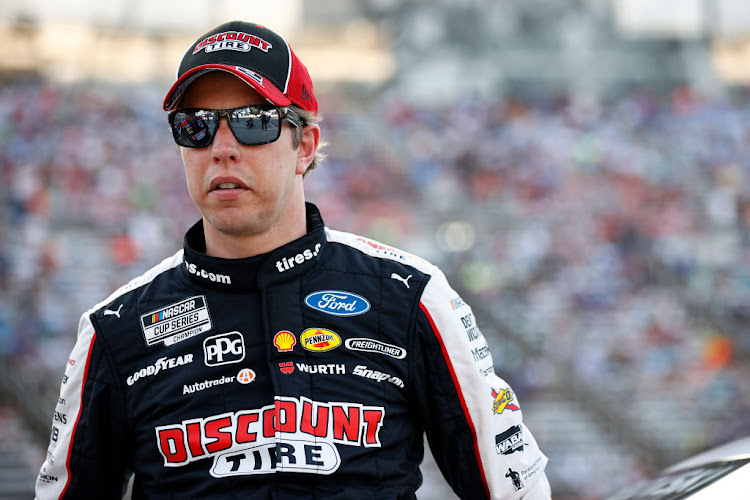 The move had been anticipated since the 37-year-old former NASCAR Cup Series champion departed Team Penske earlier this month.

"I am thrilled to be able to share the news about this next venture with my fans, peers and the industry," Keselowski said.

"This presents an opportunity to continue my on-track success with a strong team and a long-term commitment, but also dive into my passion of team ownership where I know I can be an asset to the future of the team."

Keselowski is the second active Cup Series star to move into an ownership role. Denny Hamlin partnered with NBA legend Michael Jordan to form 23XI Racing ahead of the 2021 season.

Keselowski is finishing his 12th season with Penske. The 2012 Cup Series champ has finished in the top 10 in the points standings in each of the past four seasons and has won 35 Cup races, most recently at the GEICO 500 at Talladega in April.

He will replace Ryan Newman in the No 6 car. Austin Cindric will be replacing Keselowski in Penske's No 2 Ford next season.

"I think it will bring a lot to the organisation, not only from Brad's ability behind the wheel  but also a rejuvenation and fresh perspective across our teams.

"I've had the opportunity to watch Brad for a number of years as he has fought and clawed his way up the ladder, molding himself into a champion and one of the top drivers in our sport. I've always admired his resolve and determination. I'm very pleased he has chosen to be a part of our organisation and I'm proud to partner with him moving into the future."

Roush founded the team in 1988. The team won back-to-back Cup Series championships in 2003 and 2004 with drivers Matt Kenseth and Kurt Busch, respectively.

Formula One's motorsport head Ross Brawn has urged Max Verstappen and Lewis Hamilton not to let their title battle boil over after the pair collided ...
Motoring
10 months ago

Lewis Hamilton might not have won his home British Grand Prix on Sunday without the race being halted after he and Red Bull's Max Verstappen collided ...
Motoring
10 months ago