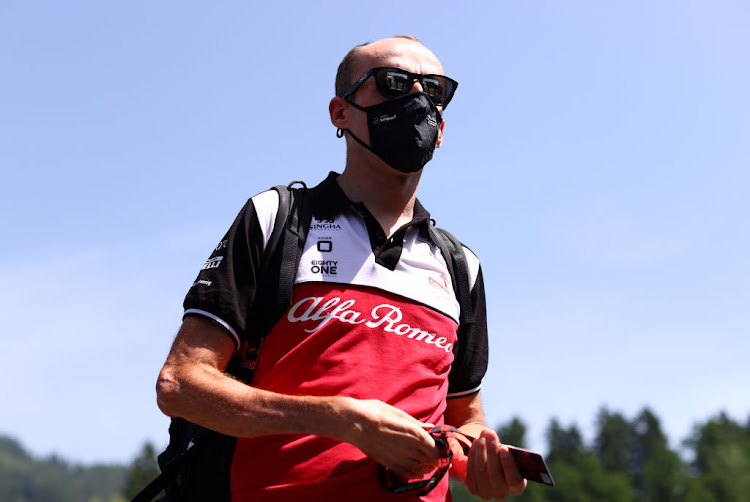 Polish driver Robert Kubica will stand in for Kimi Raikkonen again for Alfa Romeo at Monza in Italy this weekend after the Finn continued to isolate due to testing positive for Covid-19.

Raikkonen, the 2007 world champion with Ferrari, also missed last weekend's Dutch Grand Prix at Zandvoort and the Swiss-based team said in a statement on Wednesday that the 41-year-old had not yet been cleared to return.

“I hope he makes a full recovery and returns to the cockpit soon,” said Kubica.

“I am looking forward to racing in Monza, an incredible track in which I claimed my first podium, in 2006. Unlike Zandvoort, it is a track I know well and this will help, particularly since the Sprint Qualifying weekend format means we will be one practice session short.

“I am happy with what I did in Holland and I can’t wait to help the team out one more time in Monza.”

This weekend will be the second time Formula One has experimented with a sprint format, a qualifying session on Friday and sprint race on Saturday to determine Sunday's starting grid.

F1 title rivals sprint at the 'Temple of Speed' this weekend

Formula One title rivals Max Verstappen and Lewis Hamilton will be sprinting at the 'Temple of Speed' this weekend ahead of what could be another ...
Motoring
4 months ago

Alex Albon to join Latifi at Williams in 2022

Red Bull-backed Thai racer Alex Albon will return to Formula One next season as a Williams driver alongside Canadian Nicholas Latifi, the ...
Motoring
4 months ago

Russell to join Hamilton at Mercedes in 2022

George Russell will replace Valtteri Bottas and race for Mercedes next season in an all-British line-up with seven-time world champion Lewis ...
Motoring
4 months ago