Martin on pole with Rossi 10th in qualifying at Valencia GP 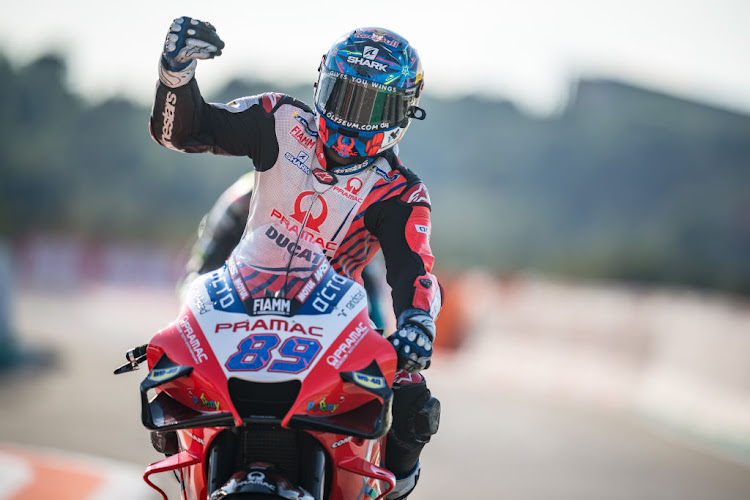 Australian Jack Miller of Ducati will start third on the grid ahead of Spain's outgoing world champion Joan Mir in fourth. Yamaha's Fabio Quartararo, who sealed his maiden title last month, could only manage eighth place.

Italy's Bagnaia seemed headed for a sixth straight pole when he slid off at turn two and had his lap time bettered almost immediately by Martin of Pramac Racing. Miller, the only rider on a medium front tyre, also crashed at the end of qualifying.

Rossi, who had managed a surprise direct entry to Q2, suffered an early blow when he overran the first turn while trailing Bagnaia. The 42-year-old Italian briefly moved into seventh but dropped to 10th in the later stages.

Team manager Alberto Puig said the Spaniard had suffered no serious injuries but will continue to be assessed.

Seven-times MotoGP world champion Valentino Rossi says he is pleased with his achievement in a glittering 25-year career of popularising the sport as ...
Motoring
2 weeks ago

Formula One title rivals Max Verstappen and Lewis Hamilton both faced possible sanctions on Saturday after being accused of breaking the rules ahead ...
Motoring
1 week ago

Lewis Hamilton made the most of a new engine to beat Formula One leader Max Verstappen with the fastest lap in qualifying for the sprint race that ...
Motoring
2 weeks ago