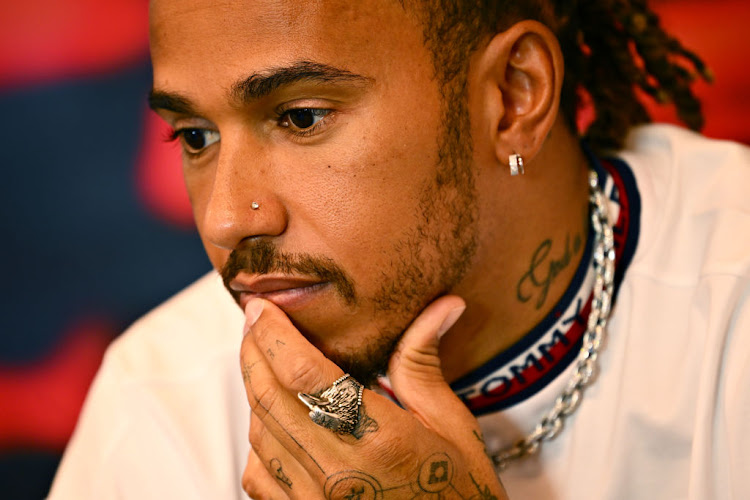 Lewis Hamilton looks on in the Drivers Press Conference prior to practice ahead of the F1 Grand Prix of Monaco at Circuit de Monaco on May 27, 2022 in Monte-Carlo, Monaco.
Image: Clive Mason/Getty Images

Seven-time world champion Lewis Hamilton will be able to continue racing with piercings for the next three races after Formula One's governing body extended an exemption on fixed items of jewellery.

The FIA confirmed the push back until the end of June for items requiring special intervention for removal, with the medical commission evaluating feedback from drivers and others.

The period covers this weekend's showcase Monaco Grand Prix, the races in Azerbaijan on June 12 and Canada on June 19 and expires before Mercedes driver Hamilton's home race at Silverstone on July 3.

Hamilton, the sport's most successful driver with 103 wins, has said he cannot remove one of his piercings without assistance.

He was given a two-race exemption after a standoff at this month's Miami Grand Prix, which would have meant breaching the regulations in Monaco if he failed to remove the piercings before then.

“Honestly I feel there’s way too much time and energy been given to this,” the 37-year-old driver told reporters in Monaco on Friday.

“I’ve said everything I feel I need to say. I’ve taken the (ear) studs out every time I’ve been in the car.

“I think we’ve all worn jewellery our whole careers in F1 and it’s never been a problem in the past and there’s no reason for it to necessarily be a problem now.”

The Briton said it was positive to be working with the FIA on reaching a solution but “we shouldn’t have to keep revisiting this subject every weekend, we have bigger fish to fry”.

The ban on jewellery, as well as the wearing of non-compliant undergarments, has long been in the rules but rarely enforced until the FIA clamped down this season.

It says items beneath the mandatory flameproof clothing could increase the risk of burn injuries and has highlighted the risk of critical delays or complications if medical imaging is required following an accident.

Formula One would be making a wrong move if it dropped the Monaco Grand Prix, the sport's former commercial supremo Bernie Ecclestone said on Friday.
Motoring
1 month ago

Former Formula One supremo Bernie Ecclestone denied on Friday he had been arrested in Brazil and said an illegal firearm found in his luggage before ...
Motoring
1 month ago