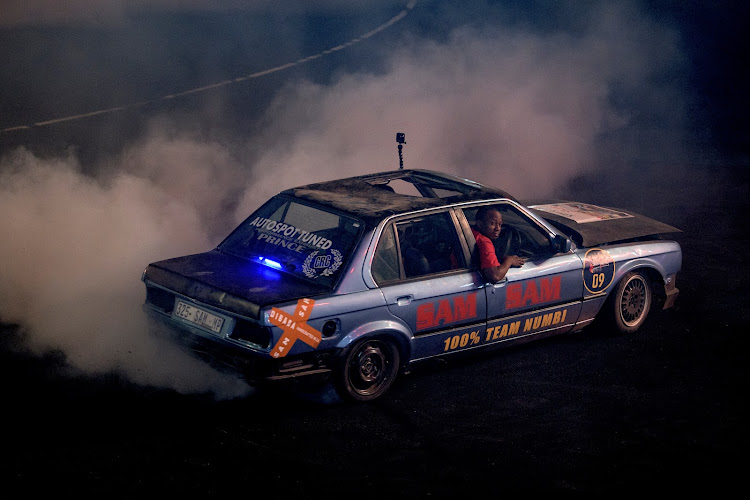 The best spinners from across Mzansi will once again showcase their tyre-slaying skills and stunts when the Red Bull Shay’ iMoto tournament returns to the Wheelz ‘n Smoke arena on September 3.

Dubbed “The Hollywood of Spinning”, this uniquely South African event will see the 12 best car spinners from around the country battle it out for this year's crown. A live audience and a panel of experienced judges will decide the winner.

The 2021 winner and current champion — Nelspruit’s Samkeliso “Sam Sam” Thubane — will be returning to defend his title. Sam Sam spun circles around his competition last year and secured victory, defeating Cape Town’s charismatic Chadwin “Boksie” Hadjie in an epic final battle that had the judges on the edge of their seats.

“Winning last year’s tournament was definitely a career highlight for me,” says Thubane. “I’m happy that I came out on top against the country’s best spinners. I’m looking forward to defending my title. I've been working really hard on my stunts and skills preparing for this year’s tournament — I want to take the trophy back to Nelspruit once again.”

Local spinners who think they have what it takes to smoke their way to the top can visit the Red Bull Shay’ iMoto video entry portal. They will need to showcase their skills by sharing a one-minute highlights video. Submissions open today and close on July 17.

From July 18 until July 24 fans will be able to vote with the judges on the video entry portal for six contenders who will head to the tournament in September to fight for the crown.

Stefano Domenicali is reportedly due to come to the country soon, fuelling hopes of hosting an event
Motoring
4 weeks ago

Tanak ends his win drought with victory in Sardinia

Ott Tanak won a world rally championship round for the first time in more than a year and ended Hyundai's season-long drought with a dominant victory ...
Motoring
1 month ago