Ferrari's Leclerc to start from the back of grid in Canada 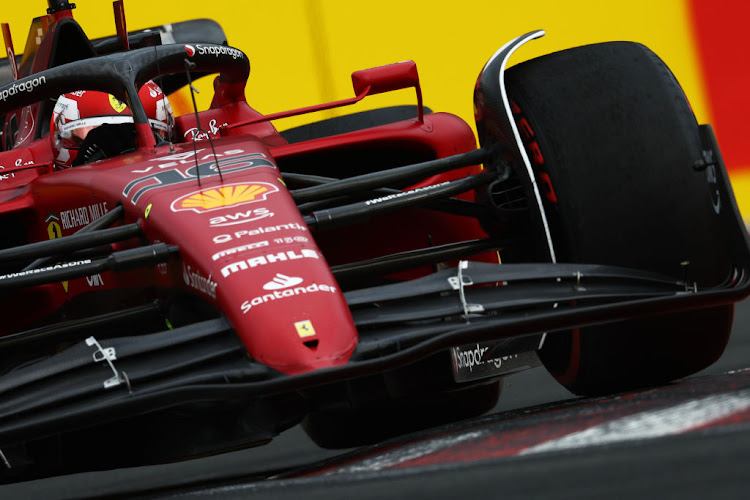 Charles Leclerc on track during practice ahead of the F1 Grand Prix of Canada at Circuit Gilles Villeneuve on June 17, 2022 in Montreal, Quebec.
Image: Clive Rose/Getty Images

Ferrari title contender Charles Leclerc will start from the back of the grid in Sunday's Canadian Grand Prix after picking up more penalties on Saturday for exceeding his power unit allocation.

The drop is a further blow to his hopes of reeling in Red Bull's championship leader Max Verstappen, who was fastest in Friday practice at Montreal's Circuit Gilles Villeneuve.

The governing FIA said Ferrari had used a fourth internal combustion engine, one more than the rules allow for the whole season.

He had already used one too many control electronics in Friday's practice, triggering an automatic 10-place drop for the first breach.

Ferrari also added another turbocharger, Leclerc's fourth of the campaign when only three are allowed without penalty, with further breaches for additional motor generator units.

Leclerc has retired due to power unit problems in two of the past three races while leading, despite starting from pole position in the last four rounds.

He has plunged from championship front-runner after three races to third overall, 34 points adrift of Red Bull's Max Verstappen, after eight of 22 rounds.

Ducati's Francesco Bagnaia set a lap record at the Sachsenring in practice and capped off his Saturday by grabbing his third pole position of the ...
Motoring
2 weeks ago

Formula One revved up for the first Canadian Grand Prix since 2019 with Max Verstappen setting the practice pace for Red Bull and Ferrari's Carlos ...
Motoring
2 weeks ago