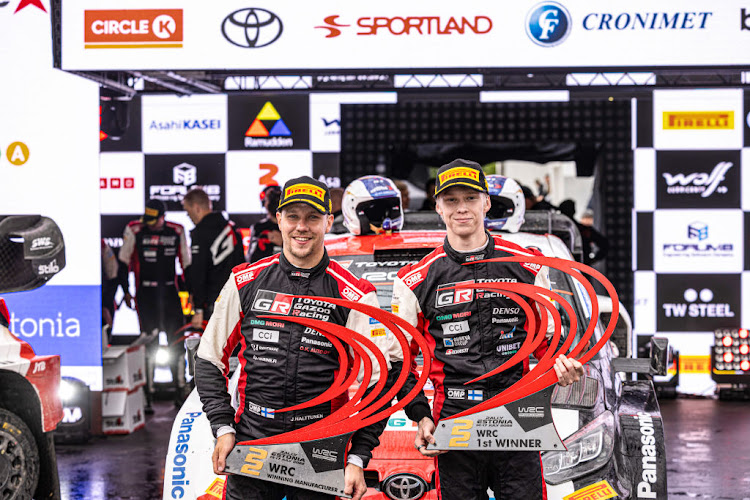 Toyota's Kalle Rovanpera won in Estonia for the second year in a row on Sunday to take another big step towards becoming rallying's youngest world champion.

The 21-year-old Finn, who last year in Estonia became the youngest driver to win a round of the championship, has won five of the last six rallies with Estonia the seventh of a scheduled 13 events.

Rovanpera dominated the gravel event to finish just over a minute ahead of second-placed team mate Elfyn Evans and stretch his championship lead over Hyundai's Thierry Neuville to 83 points.

Estonia's 2019 world champion Ott Tanak finished third for Hyundai in the gravel event, with Neuville fourth after struggling at the end with a foggy windscreen.

"It was a difficult weekend but we drove really well," said Rovanpera.

He also took five bonus points for winning the wet and muddy final stage, with Evans second and Norwegian Andreas Mikkelsen third in a Skoda.

The next rally is in Finland from August 4 to 7.