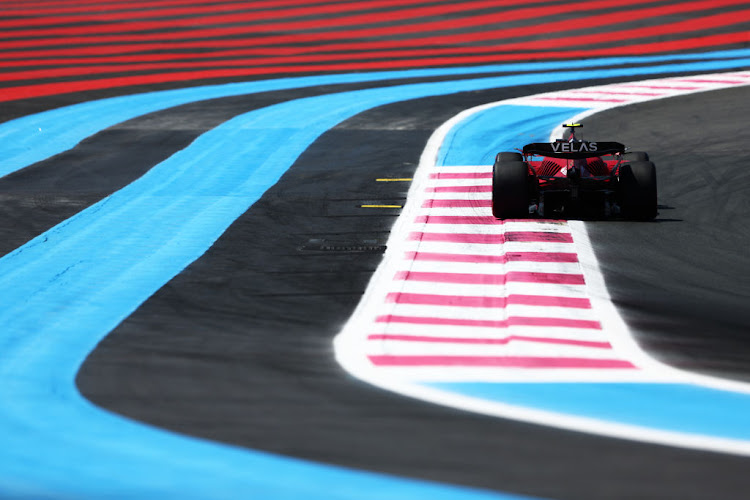 Carlos Sainz on track during practice ahead of the F1 Grand Prix of France at Circuit Paul Ricard on July 22 in Le Castellet, France.
Image: Clive Rose/Getty Images

The Spaniard, whose engine went up in flames at the previous race in Austria, started Friday practice at Le Castellet with a new control electronics in his car's power unit, triggering a 10-place penalty.

Ferrari could still change more elements of the power unit, adding to the drop.

Sainz, winner in Britain on July 3, is fourth in the championship but 75 points behind Red Bull's overall leader Max Verstappen.

Ferrari are chasing their third successive win this weekend after Charles Leclerc followed up Sainz's Silverstone victory by winning in Austria.

Hamilton says one F1 team is stalling on his diversity charter

One team is stalling on Lewis Hamilton's diversity charter for Formula One, the seven-times world champion revealed on Thursday.
Motoring
3 weeks ago