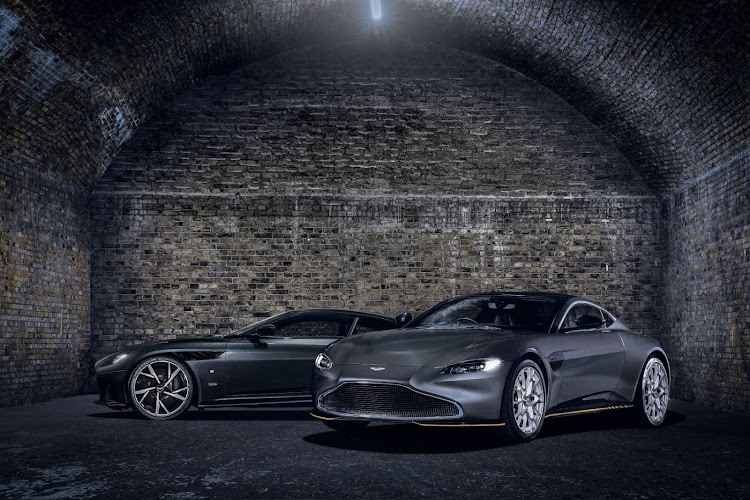 The new Aston Martin DBS Superleggera, left, and Aston Martin V8 Vantage 007 Edition models have been built to celebrate the release of the 25th James Bond film, 'No Time to Die'.
Image: Supplied

The 25th James Bond film, No Time to Die, will be released around the world in November 2020. Directed by Cary Joji Fukunaga and starring Daniel Craig in his fifth and final outing as the fictional MI6 agent, the new 007 film not only promises a lot of action, but also plenty of scope to spot the cars of Aston Martin.

No fewer than four of the British marque's models will be joining the actors  on the silver screen. These include the DB5, V8, DBS Superleggera and Valhalla – the company's forthcoming mid-engined hypercar.

To celebrate the release of No Time to Die, the Gaydon-based firm on Monday revealed two special edition models designed and crafted by the experts at its bespoke division, Q by Aston Martin. Each model will be offered in limited numbers around the world.

Kicking things off is the Vantage 007 Edition inspired by the Aston Martin V8, which made its 007 debut in The Living Daylights in 1987. Painted a menacing shade of Cumberland Grey, it features unique exterior styling treatments led by a bespoke mesh grille with chrome bezel that references the look of the classic model. Further styling details include a dashed yellow diffuser inspired by the hazard stripes on the film car’s rockets. Customers can also specify a set of The Living Daylights inspired limited edition skis and ski rack – referencing the "winterised" V8 saloon in the film.

The interior makes a statement with obsidian black leather and dark chrome with 007 branding applied on the centre console of cars equipped with a manual gearbox. The sun visors in all the cars will carry another subtle film reference in the shape of an embroidered radio station frequency – 96.60 (FM) – which 007 buffs will know was the Russian police frequency Bond used to aid his escape in The Living Daylights. 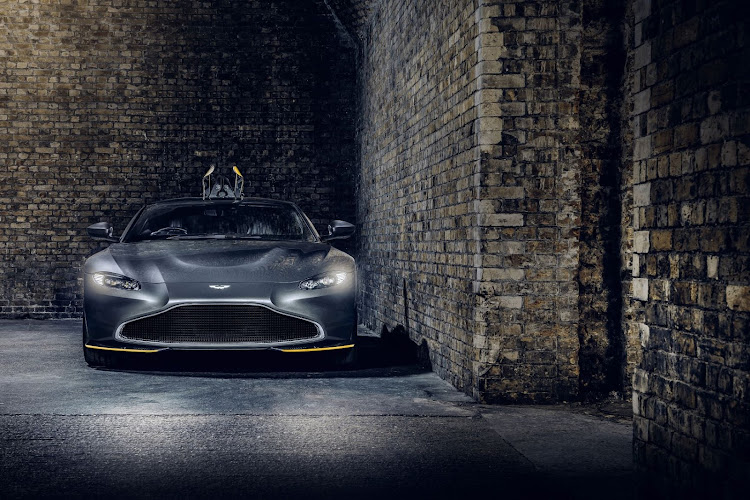 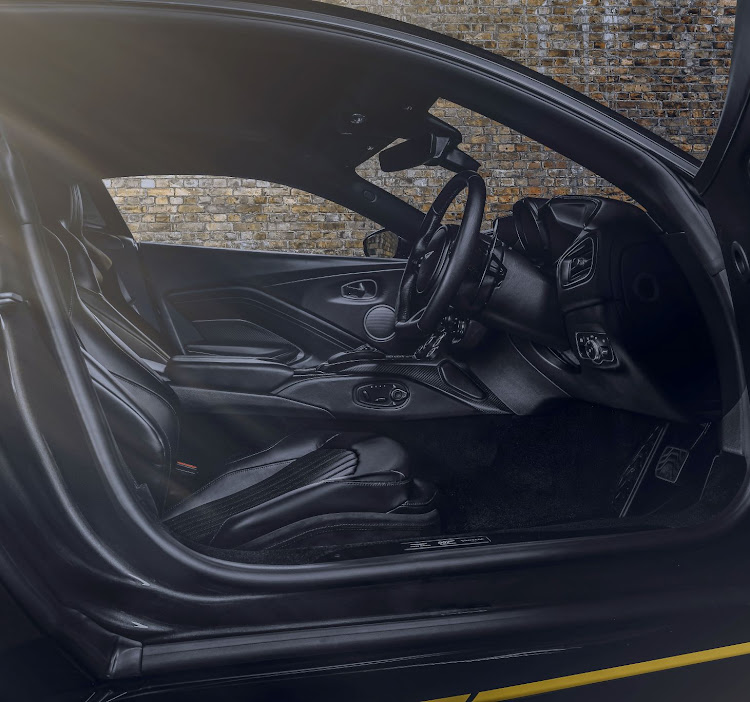 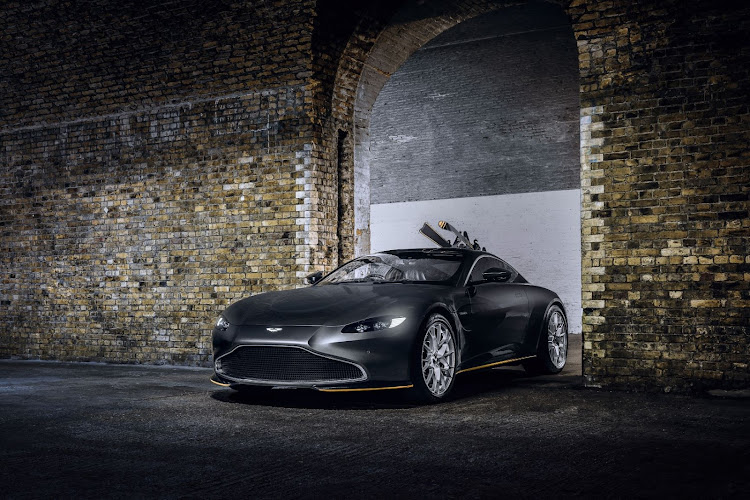 The seats feature unique heritage fluting reminiscent of that seen in the V8, along with carbon fibre seat backs and, in a particularly detailed nod to the 1980s film, the outline of cello "f holes" inspired by the memorable cello chase scene featuring Bond (Timothy Dalton) and Kara Milovy (Maryam d’Abo).

The driver can indulge themselves further with a laser-etched gadget plaque that references the weapons and devices seen on the original film car. These included a rocket motor, missiles, lasers, a targeting display and ski outriggers.

Cross-hairs etched onto the car’s paddle shift gear levers allude to the missile guidance system seen in the film. Available as a manual or automatic, the Vantage 007 Edition also boasts a side strake Vantage badge and is limited to 100 units globally. 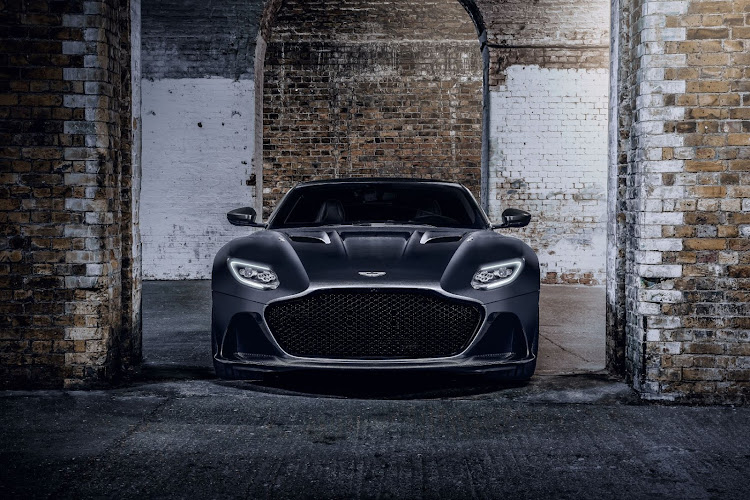 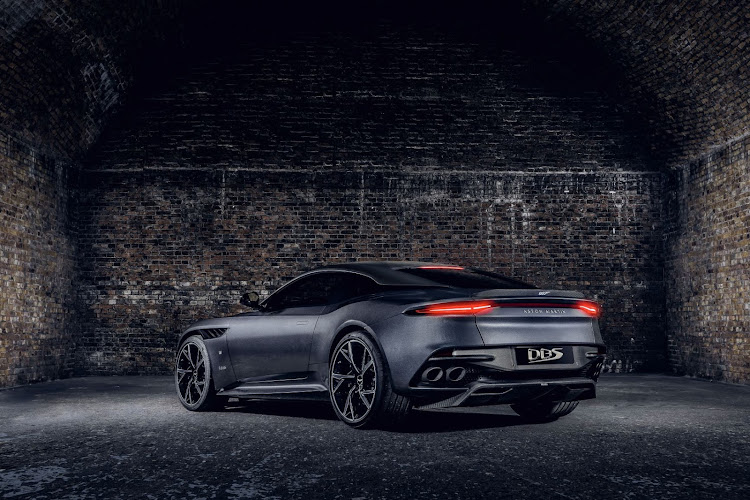 Inside, the cockpit of this DBS Superleggera is a dark, brooding, leather-clad environment with flashes of red detailing the outline of the seats. Subtle 007 branding can be found on the door cards, armrest buckle badge and rear subwoofer cover. The car is finished with a sill plaque that recognises it is one of just 25 DBS Superleggera 007 Editions.

Deliveries will begin in the first quarter of 2021.

Ford causes a storm with its sporty new Ranger Thunder

Based on the Ranger Wildtrak, this flagship special edition comes armed with a range of exterior and interior upgrades for an even more exclusive ...
Motoring
2 years ago