Big wing and triple exhausts remain but the design is cleaner 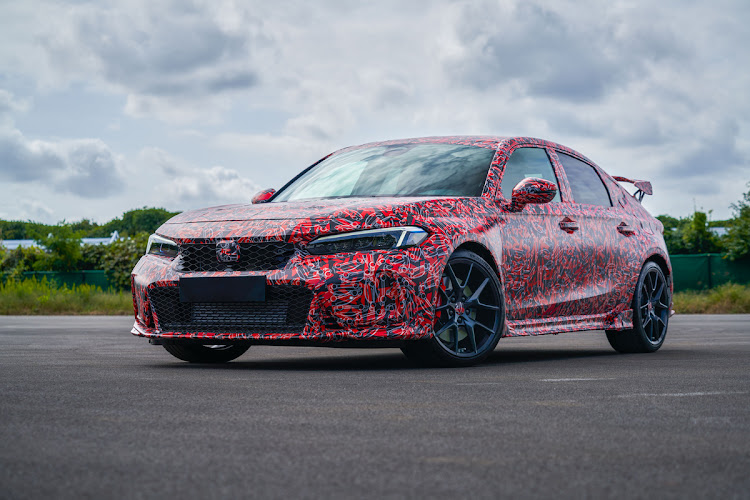 It isn't known what drivetrain is planned for the Type R but expect a version of the current model's 2.0-litre turbo.
Image: Supplied

Honda has teased the next-generation Civic Type R in a tweet showing a partially disguised prototype.

Alongside pictures of the car wearing bright red camo, the tweet from Honda Motor Europe reveals very little about the hot hatchback to be introduced next year, merely stating that “development of the next generation Civic Type R is in full throttle”.

A separate post from Honda’s US division reveals that the car is ready for testing at the Nürburgring, and that it will be the best performing Civic Type R ever.

Though some styling details are hidden under the camouflage, it appears as if the new Type R is designed with more restraint than the outgoing car, which is festooned with aggressive creases and air scoops.

The design may be cleaner, but the new car does keep the current Type R’s large rear wing, triple exhausts and Brembo brake calipers. Grippy Michelin Pilot Sport 4 tyres further attest to the performance potential of the Japanese hatch.

Technical details are slim, but Honda did previously state that the Type R will come only with a manual gearbox. 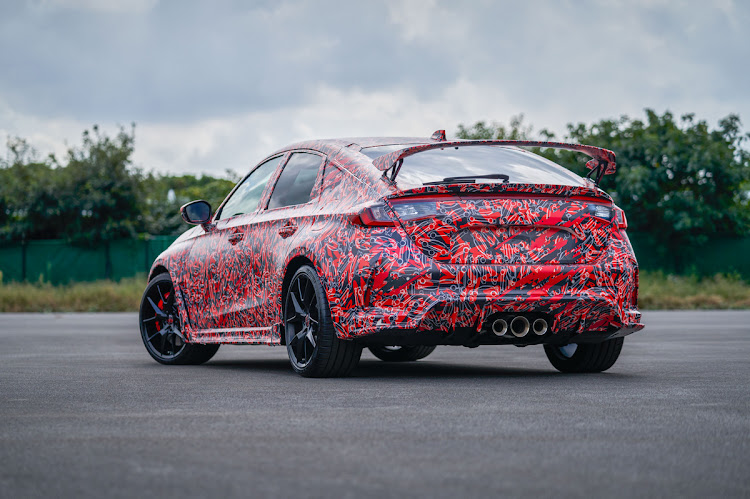 The large rear wing and triple exhausts are carried over from the outgoing Type R.
Image: Supplied

What’s under the bonnet is still unknown, but it’s likely to be an evolution of the current 2.0-litre turbo engine with power and torque tweaked from the present 228kW and 400Nm. It may be assisted by electric power given that the rest of the new 11th generation Civic will be offered exclusively in hybrid form.

Also unknown is whether Honda will switch to all-wheel drive to handle the extra power, or stick with front-wheel drive.

The interior of the latest 11th-generation Civic family, unveiled earlier this year, has seen a significant improvement in technology and digitisation.

It isn’t yet known when the new Civic range will be coming to SA.

Merc’s new charger is SA’s hot-hatch king, and also the first to exceed the R1m mark
Motoring
1 year ago