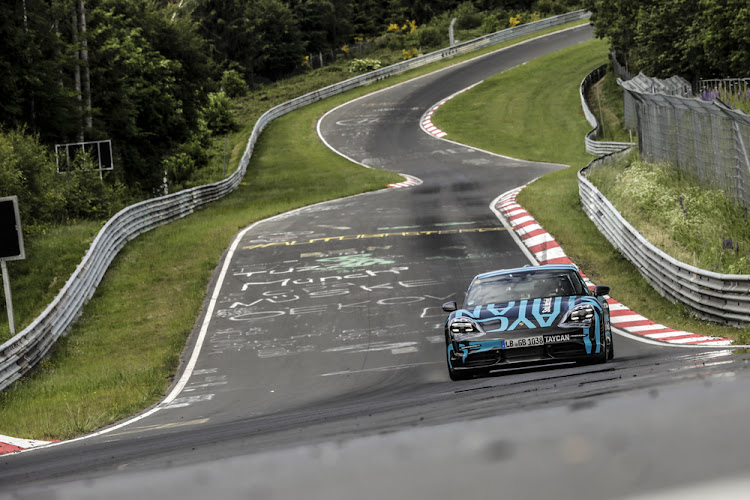 The Porsche Taycan ripping up the Nürburgring.
Image: Porsche AG

As you may or may not know, Porsche is quite good at setting lap records around the legendary Nürburgring-Nordschleife. In fact, they have just set a new one with their soon-to-be-released Taycan: a four-door all-electric sports car that will be officially unveiled to the world at the upcoming Frankfurt Motor Show.

Yep, the Taycan might not be faster than the fastest hot-hatch but it is the fastest four-door electric vehicle. Well, for now that is.