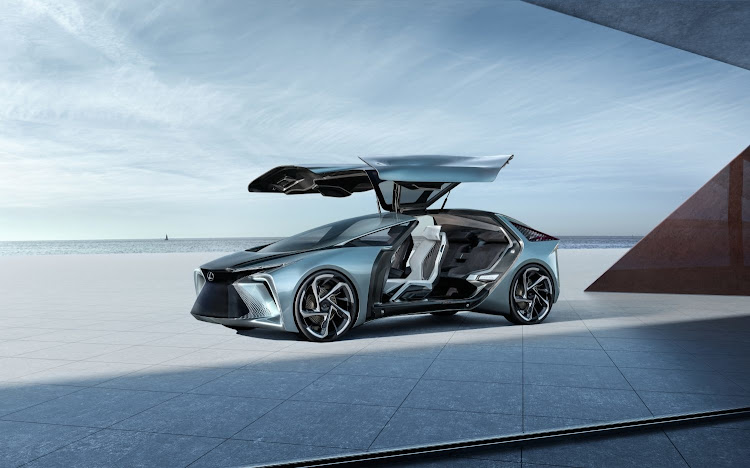 Lexus's electrification vision for the future brings motors to wheels, assistant drones onboard, and a slew of autonomous driving technologies to electric vehicles (EVs).

At the 2019 Tokyo Motor Show, Lexus premiered the LF-30, a battery-powered concept representing the future of the brand's EVs, particularly those that will launch around 2030.

Naturally, the LF-30 incorporates a handful of autonomous driving technologies, like most EV concepts today. What's unique to this model is its four in-wheel electric motors and integrated drone support.

One of the main objectives of the "Lexus Electrified" vision unveiled in Japan is to "evoke the original fun of driving."

The low placement of the motors allows for the battery to be positioned nearer to the ground, which the brand claims enables better handling, better performance and a more dynamic driving experience.

The drone-supporting technology is called "Lexus Airporter". This can deploy a drone to complete tasks, like carrying a passenger's baggage from their doorstep to the luggage compartment of the vehicle.

In addition to these two show-stealing components, the concept also features technology in development, such as posture control and a "steer-by-wire" system that "eliminates a mechanical connection to allow more flexible turning control, depending on driving conditions".

The futuristic exterior follows popularly used EV concept design cues recycled by automotive industries around the world. The juxtaposition of sharp angles (typically the grille, headlights and taillights) with smooth contours spanning the length of the vehicle has likewise been embodied by Nissan's IMx, Cupra's electric crossover concept, the Genesis Mint, and BMW's iNext.

While the Lexus LF-30 made its world premiere on Wednesday, vehicles incorporating the various technologies integrated into the model will not come to production vehicles until about 2030. However, the company did reveal plans to unveil its first battery electric vehicle (BEV) in November this year.

By 2025, the company plans to offer electrified variants of every model in the Lexus lineup.

Everything you need to know about Citroën SA's new model range