Need to sell a car quickly to free up money? Yaris is snapped up quickest ahead of Toyota Corolla Quest and Ford Fiesta, says AutoTrader 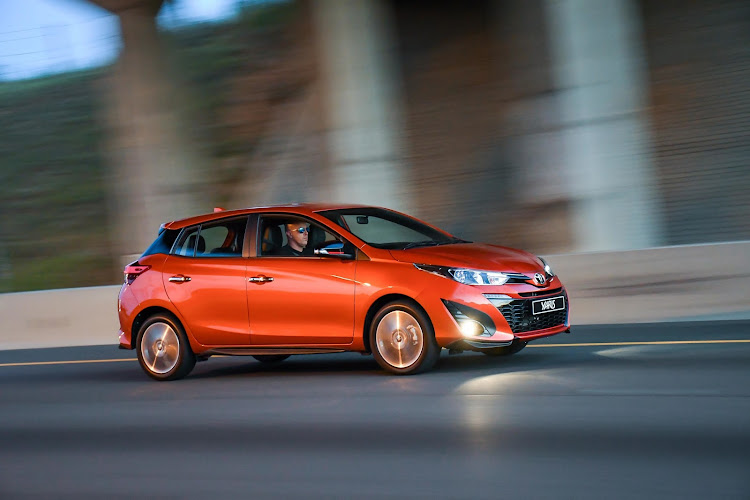 Toyota Yaris is the used car that finds buyers the fastest on AutoTrader's website.
Image: Supplied

Ever wondered which is SA’s fastest selling used car? According to AutoTrader it’s the Toyota Yaris, which takes an average of 18 days to sell on its website.

The online vehicle-sales portal has revealed its list of the used cars that are the quickest to find new buyers. In February and March this year the Yaris topped the list ahead of the Toyota Corolla Quest (also 18 days) and the Ford Fiesta (20 days).

“This is of particular value to dealers, as they look to manage their liquidity better – cars that sell faster are a safer option in which to invest. It is equally useful for consumers when they are buying their next car, as it will give peace of mind that they can sell the car quickly if they need to free up money,” explains Mienie.

“The Yaris has never been the top-selling new or used vehicle in South Africa. This means that it is currently considered to be extremely desirable by used car buyers,” Mienie explains.

The most popular cars in terms of overall sales are the VW Polo, followed by the Ford Ranger and VW Polo Vivo, but they take longer to sell than the Yaris. The Polo and Ranger on average both take 20 days to sell, and the Polo Vivo 22 days.

“Both lists feature roughly the same models – just ordered differently. For those cars selling the fastest, consumers are opting to buy a newer car from a more affordable category, rather than an older car from a more luxurious category.

“These cars are typically only three years old, and come with low mileage too. For example, the fastest-selling used car – the Yaris – is also the car with the lowest average mileage, at 26,253km.”

In contrast, three of the vehicles on the list – the Ford Ranger, Isuzu KB and Toyota Hilux – feature the highest average mileages.

“This indicates that, with bakkies, buyers don’t mind a slightly higher mileage than with a passenger car,” says Mienie.

It is no secret that our market loves pick-ups. And the humble bakkie has evolved from workhorse to lifestyle companion, with contemporary ...
Motoring
1 year ago