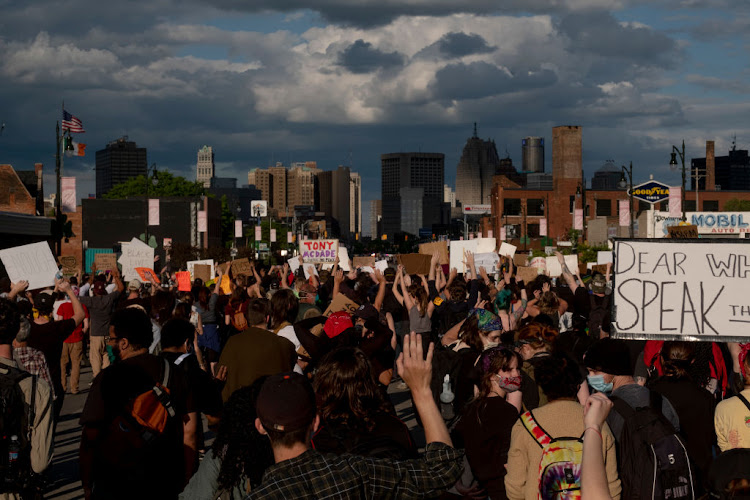 Demonstrators protest against police brutality following a night of confrontations between protesters and riot police on May 30 in Detroit, Michigan. General Motors Co and Ford Motor Co have both condemned racial inequality in the US.
Image: Matthew Hatcher/Getty Images

General Motors Co and Ford Motor Co condemned racial inequality in the US following the death of George Floyd, an unarmed black man, at the hands of police in Minneapolis last week.

In a letter to employees, GM chief executive officer Mary Barra wrote that she was "impatient and disgusted" following the death of Floyd, and emphasised the need to "individually and collectively" drive change.

The no. 1 US car maker shared Barra's letter, sent to its staff on Saturday, with thousands of dealers and suppliers.

Barra also said she was commissioning an inclusion advisory board at the company.

A host of US companies - including Intel Corp, Netflix Inc, Nike Inc and Facebook Inc - have taken a stand against Floyd's death, voicing concerns about discrimination against African Americans.

At least five US police were hit by gunfire during violent protests over the death of a black man in police custody, police and media said, hours ...
News
1 year ago

"While we would like to say that racism has no place in our society, we know that systemic racism still exists, despite the progress that has been made. We cannot turn a blind eye to it or accept some sense of order that's based on oppression," they said.

Floyd's death has renewed outrage across the US on the treatment of African Americans by authorities - polarising the country politically and racially.

Both GM and Ford employ thousands of employees and claim to have diverse and inclusive workforces.

Are used car sales set to explode in months ahead?

While used car sales in South Africa during May 2020 mimicked new car sales and were understandably down on 2019, consumers are demonstrating ...
Motoring
1 year ago