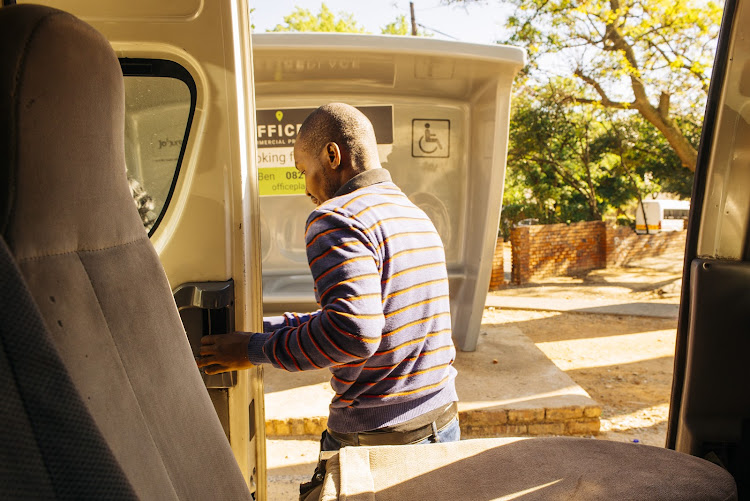 Taxi commuters will be hit with fare increases – as much as 172% in some instances.
Image: Waldo Swiegers

Minibus taxi fare increases are to be expected.

“We are also concerned by the percentage at which fares have been hiked,” he said.

Molelekwa explained that the Gauteng chapter of the industry body is currently investigating why fares have been raised so steeply. “Fare increases will be decided on at a meeting this week.”

Asked what percentages could be anticipated, he said he “was not at liberty to say with certainty”.

Taxi fares will spike by more than 100%, but 'no formal complaint yet'

“Today is the 74th day of lockdown. Taxis have been operating at half-capacity, nobody has compensated for the loss. The chance that fares will not be increased are slim.”

While operators were trying to survive, he said they hoped to avoid a situation where commuters found fares unaffordable.

“We promise commuters - the industry has always been advocating for the poorest of the poor, we do understand the community we serve - despite Covid-19, we will not sway from this, we are trying to deal with this situation as best as we can.”

Molelekwa said an increase in fares would not mean more profit but would help operators stay afloat.

“You have long-distance and cross-border operators that have been standing literally for 74 days. They have been unable to put food on the table for their families,” he said.

“We are caught between a rock and a hard place. We were waiting for the minister to come up with something tangible to address the shortfalls of our operators. What we have received is not satisfactory and we intend meeting with his office to discuss the matter,” he said.

Malele called on operators to exercise patience but said the alliance was aware that repossessions were taking place, as instalments on vehicles were unable to be met, with a three-month concession period offered by certain financiers drawing to an end.

“The 172% initiated by the guys in Alexandra is too steep. We understand where they are coming from, but that is too harsh,” said Malele, adding that subsidisation for the taxi industry was required.

“The minister wishes to remind the industry that current regulations prevent illegal profiteering. As a result, minister Mbalula is enjoined by the regulations to refer the matter to the Competition Commission to assess if the fare increases are fair and justifiable,” said his office in a statement.

“We understand that there may be a need for fare increases, but those increases must be fair. The industry must take into consideration the plight of the poor and the working class, who form the majority of their customers.”

The ministry said engagement with the industry was imminent.

At Bree taxi rank in Newtown, Johannesburg, a cacophony of engines and hooting drowns out the green-masked marshals enforcing social distancing.
News
2 years ago

Cadena SA, a non-profit organisation, has introduced a safe and cost-effective way to sanitise taxis.
News
2 years ago