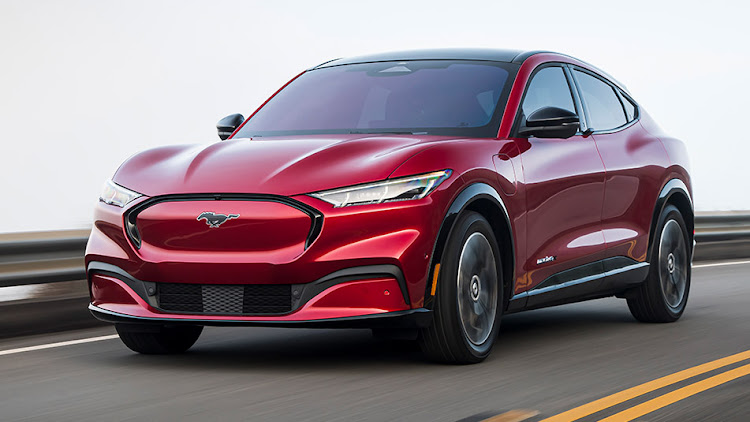 The No 2 US car maker also said the global semiconductor chip shortage could lead to a 10% to 20% loss in first-quarter production, resulting in a potential hit to operating earnings of $1bn to $2.5bn (roughly R14,986,100,000 to R37,471,275,000). But its shares gained 1.5% in after-hours trading as the fourth-quarter operating results and 2021 profit forecast were above Wall Street's expectations.

“If EVs continue to quickly gain favour, especially with commercial customers, we want to be clear that we will not cede ground to anyone,” CFO John Lawler told reporters on a conference call.

“We are accelerating all our plans,” CEO Jim Farley said, including increasing battery capacity and adding more electric vehicles in its future portfolio.

He said on a conference call with analysts that the $22bn investment does not include potential investment in battery production, whether at Ford itself or via a joint venture. He added that Ford will have more announcements soon concerning its EV partnerships.

Ford previously committed to invest $11.5bn (roughly R172,364,530,000) in electrification, including petrol-electric hybrid vehicles, up to 2022. That included the launch of the Mustang Mach-E EV crossover, and electric versions of the F-150 pickup and Transit van.

A Ford spokesperson said the $22bn includes hybrid vehicles, but the commitment is “overwhelmingly” on EVs.

The forecast includes a $900m (roughly R13,488,300,000) non-cash gain on Rivian, the electric vehicle start-up in which Ford has invested, but does not include the effect of the ongoing global semiconductor shortage. Farley said the Rivian investment was strategic, despite Ford previously shelving a vehicle based on a Rivian platform.

Its operating margin in the fourth quarter was 4.8%, compared with a full-year target of 8%.

Formula One could start the season with two races in Bahrain due to the Covid-19 pandemic but is still confident of putting on a record 23 rounds, ...
Motoring
3 months ago

Former Formula One driver Romain Grosjean will switch to IndyCar this season with Dale Coyne Racing, the Frenchman announced on Wednesday
Motoring
3 months ago

Mercedes will unveil their 2021 Formula One car in a digital launch on March 2, the reigning world champions announced on Tuesday
Motoring
3 months ago
Next Article