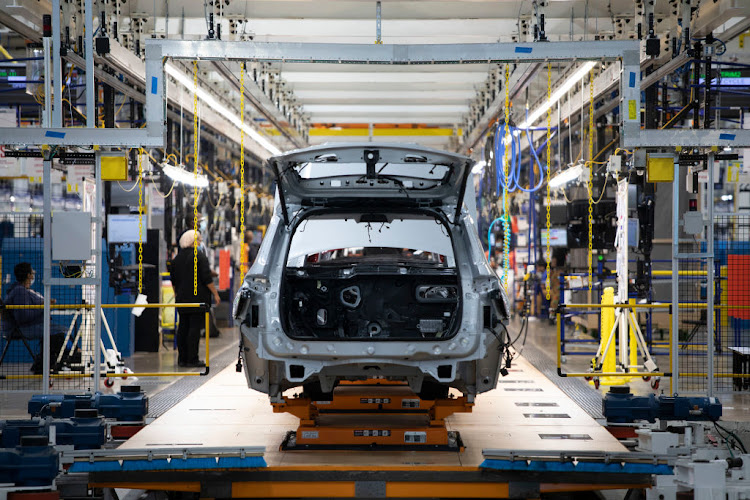 A 2021 Jeep Grand Cherokee L goes through assembly at the Stellantis Detroit Assembly Complex-Mack on June 10, 2021 in Detroit, Michigan. The plant is the first new auto assembly plant in Detroit in 30 years.
Image: Bill Pugliano/Getty Images

Inside the first new auto assembly plant built in the Motor City since 1991, the smell of hot metal hangs in the air as new Jeep Grand Cherokee L SUVs head down the welding line.

For Stellantis NV, that is the smell of money. For the City of Detroit, it means nearly 5,000 jobs.

Stellantis opened the doors of its new $1.6bn (roughly R21,725,808,000) Mack Avenue assembly complex on Thursday, showing off parts of a 3 million square foot complex completed and launched into production largely during the pandemic.

The Grand Cherokee L vehicles on the assembly line are the first of a new generation of Jeep's best-selling model line, aimed at expanding the brand's sales to customers who want an SUV with three rows of seats.

Until now, Grand Cherokees only offered seating for five. Now, with room for as many as seven passengers, Jeep can take on rivals such as Ford Motor Co's Explorer, General Motors Co's GMC Acadia and larger SUVs from European and Japanese brands.

In a tight labour market, Brieda said the biggest challenge the plant had “was finding people capable of working in a manufacturing environment”. Job applicants were given dexterity tests as part of their interviews, he said.

About 2,100 Detroit City residents have been hired at the plant, the company said.

The new Jeep plant underscores the split personality of the US vehicle market, where most of the vehicles coming down the Mack assembly line will be sold.

Tesla Inc is the industry's most valuable automaker thanks to its lead in electric vehicle technology.

But for Detroit's automakers, demand for pickup trucks and decked-out gasoline-fuelled SUVs still pays the bills.

As the Mack assembly complex accelerates, Stellantis will have two adjacent factories in Detroit capable of building 500,000 or more Grand Cherokee models a year. The nearby Jefferson North Jeep plant was built in 1991 – and until now was the Motor City's newest assembly plant.

Mario Holmes, the manager who oversaw the development of the Grand Cherokee L, said much effort went into designing a new, more efficient architecture that uses aluminium and high-strength steel to cut weight. Though the new model has three rows of seats, it's in the same weight class as five-passenger SUVs, he said.

There will be an electrified power train offered, but details on that will come later, he said.

One sign of the importance of the Grand Cherokee L is that Brieda, the plant manager, said he has had no problems getting enough semiconductors for the new model, even as Stellantis is idling assembly lines for other vehicles amid a global shortage of the chips needed for modern motoring systems.

Having one classic Aston Martin DB5 in a collection is special; having three is something of a holy grail in automotive lore — akin to having a few ...
Motoring
1 week ago