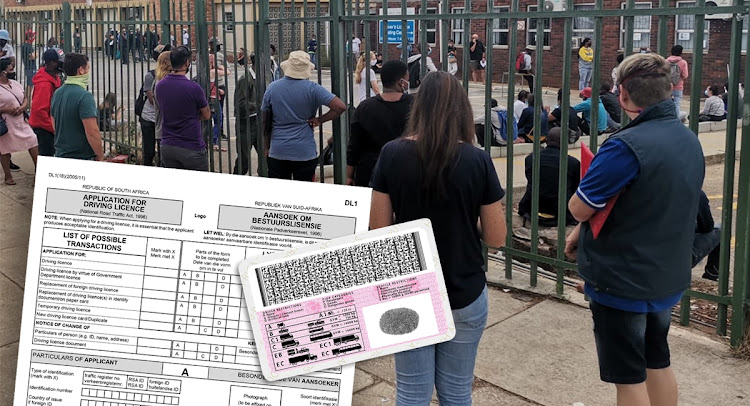 The AA is calling for clarity over the recently proposed amended fees by the Road Traffic Management Corporation (RTMC) for online bookings of driving licence renewals.
Image: Supplied

In the week since the Automobile Association (AA) first raised its concerns about proposed amended fees by the Road Traffic Management Corporation (RTMC) for online bookings of driving licence renewals, no official correction to these fees has been published. Instead, the AA warns, the fees as they are now gazetted will pass into law unless they are challenged and amended.

In a government gazette published on September 3, the department of transport noted, among other proposed amended fees for services offered by the RTMC, that online bookings for the renewal of driving licences will in future cost R250.

The AA said it stood by its earlier assessment that the published fees demonstrate a lack of sensitivity to the plight of motorists, who simply cannot renew their driving licences. The proposals include:

These fees are additional to so-called transaction fees of R72 for every transaction performed at the RTMC and R99 for the delivery of driving licence cards.

A recent government gazette outlining proposed amendments to the Road Traffic Management Corporation’s fees has caused outrage among motorists and ...
Motoring
8 months ago

“When the issue of the R250 for online bookings was raised, the RTMC took to social media and issued press statements claiming the AA and others were misleading the public,” said the association.

“They noted that the R250 cost of online bookings included the issuance of the credit card format driving licence — a fact which was not conveyed in the government gazette. Any misunderstanding is entirely due to the poor and vague wording of the gazette which announced the fees, not through any misinterpretation from the AA. Despite all the ‘corrections’ by the RTMC, it hasn’t actually amended the proposed regulations officially.”

It noted that social media posts, press statements and media interviews do not constitute an official notification or correction of any amendment, especially a notice which has already been officially published in the government gazette. Only a republishing of the notice, with its correct and specific wording, would suffice legally.

The AA said its concern is that among all the hue and cry after the publication of the proposed amended fees, no correction will be published, and that the fees will remain uncorrected and duly enacted.

Ultimately there will be no recourse for motorists when the R250 is charged in addition to the cost of the actual card, which almost doubles the total cost for this document in Gauteng.

In light of this, the AA will continue with its online petition in support of its submission against the proposed fees due to be delivered to the department of transport on October 4.

“When the issue first arose, we immediately initiated an online petition to garner support from the public for our position that these fees are outrageous and amount to a shakedown of motorists,” it said.

“Since the RTMC and department of transport have not offered any formal correction of the original gazette, we remain concerned that the process will unfold exactly as it is stated. Ultimately there will be no recourse for motorists when the R250 is charged in addition to the cost of the actual card, which almost doubles the total cost for this document in Gauteng.”

In addition to raising the issue, the AA said it is equally perplexed that the cost of driving licence renewals varies across provinces, with motorists in provinces such as Gauteng and KwaZulu-Natal paying significantly more than those in the Western Cape.

“Gauteng motorists have no alternative and are forced to use the dysfunctional online booking system. But this service seems to come at a premium which certainly disadvantages motorists there. Apart from the fact that the entire renewal system needs to be completely replaced, we have to question why one standard cost for the renewal of this card doesn’t apply nationwide.”

The Road Traffic Management Corporation (RTMC) should, according to the Organisation Undoing Tax Abuse (Outa), stop blaming everyone else for its ...
Motoring
8 months ago

Chinese ride-hailing company Didi plans to shake up the SA market by charging lower service fees, an issue that has long been a gripe with operators
Motoring
8 months ago