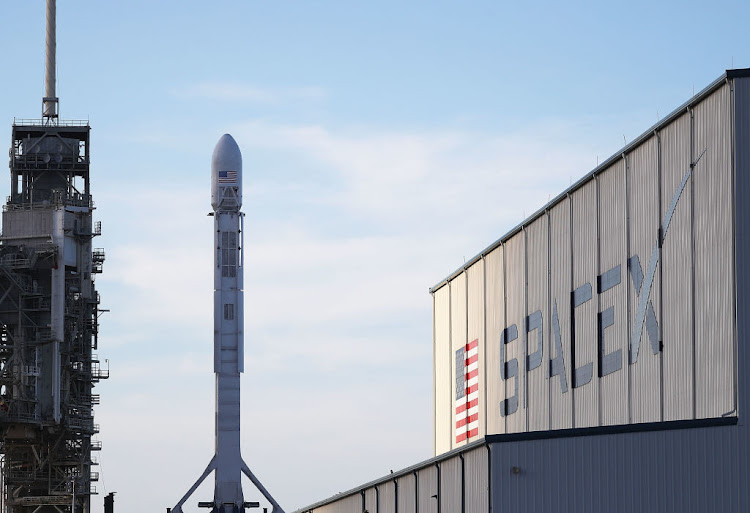 SpaceX has deployed more than 1,700 satellites that operate in low-Earth orbit. Elon Musk has asked regulators for permission to use his Starlink satellite network to interact with moving vehicles.
Image: Joe Raedle/Getty Images

Automakers are looking to the heavens for the next generation of car technology.

Satellites, such as those scattered across the skies by Elon Musk’s SpaceX, are emerging as a key tool to handle the huge amounts of data that cars will need to drive themselves. Autonomous vehicles will generate as much as 40 terabytes of data an hour from cameras, radar and other sensors — equivalent to an iPhone’s use over 3,000 years — and suck in massive amounts more to navigate roads, according to Morgan Stanley.

Although most new cars come with a modem under the dashboard and receive data via the same towers that serve your cellphone, coverage can be spotty, which is a no-no for self-driving vehicles.

“Only 10% to 15% of the air surface is covered by cellular networks,” said Chris Quilty, founder of Quilty Analytics and a space industry consultant.

“As you move down the road toward autonomous vehicles and the need to constantly update information and have real location accuracy, satellites become a credible technology.”

However, it’s not just self-driving that has car executives interested in satellites. Recurring revenue has become the holy grail for automakers looking to break free of the traditional boom-and-bust cycle of vehicle sales.

Ford Motor Co CEO Jim Farley has said his company’s future depends not on selling cars but on selling car owners a continuous stream of services, from hands-free driving technology to the latest touchscreen infotainment apps. The connected car is central to that strategy.

“There’s always going to be these cellular deserts where I think a satellite option could be really interesting,” said Bryan Salesky, CEO and co-founder of Argo AI, the self-driving startup backed by Ford and Volkswagen AG.

Chinese automaker Zhejiang Geely Holding Group Co is launching its own constellation of satellites, and Iridium Communications Inc, which has long beamed signals from space to the airline industry and US military, said it’s also hearing from automakers.

As with electric cars, Tesla Inc CEO Musk is at the forefront. Through his SpaceX rocket company, he’s deployed more than 1,700 satellites that operate in low-Earth orbit, or LEO, which is about 565km from the planet’s surface, compared with about 36,000km for traditional satellites. This relative proximity allows LEO satellites to communicate faster with people and things on Earth, tackling space-based communication’s biggest drawback: signal delay.

Musk asked regulators for permission to use his Starlink satellite network to interact with moving vehicles earlier this year. These receivers will at first be for only trucks or RVs, because the satellite dish — about 50cm in width — is too large for cars.

Tesla has transmitted software improvements straight into cars for years. Now legacy automakers are following suit. Some software will be optional, such as the hands-free driving systems that Ford and General Motors Co are offering, but something similar to a patch to fix a glitch in the electronic transmission will be mandatory.

“If you do it by satellite, you can reach enormous numbers of vehicles at one time.”

Still, satellite companies must reduce the time it takes for a signal to travel from space to a car, which is now about 50 milliseconds, vs 10 milliseconds for a cellular signal, though Musk said Starlink has reduced its signal lag to less than 20 milliseconds. Automakers are also weighing the benefits of a terrestrial system such as 5G, which builds on existing cellular technology. Satellites give more comprehensive coverage, but they face challenges not only with speed but also with everyday obstructions — parking garages, for instance, which 5G can navigate.

“The last thing a car manufacturer really wants is to pick badly.”

General Motors Co urged some owners of Chevrolet Bolt electric cars to park and store the vehicles at least 15-metres away from other cars to reduce ...
Motoring
10 months ago

Xpeng Heitech, a flying car startup backed by electric vehicle maker Xpeng Inc, said on Wednesday that it would deliver flying cars to customers in ...
Motoring
10 months ago