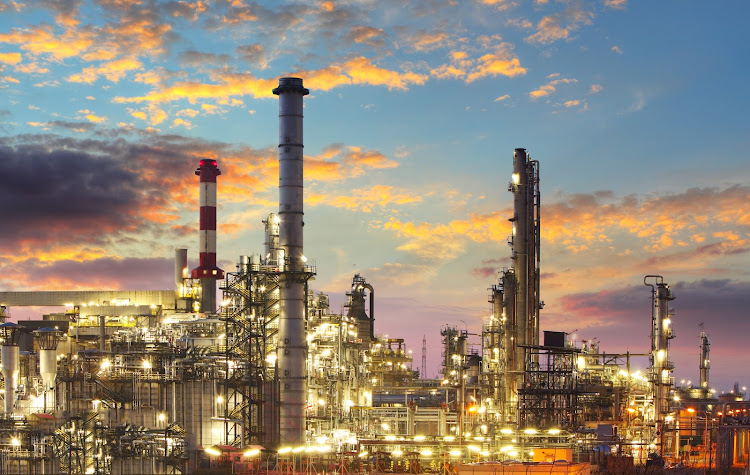 Key climate talks are set to begin at the end of this month in Glasgow, Scotland to tackle global warming under the 2015 Paris Agreement, with fossil fuel in policy-makers' crosshairs.

But as it stands, mobility curbs which hollowed out spending on upstream oil projects and oil end use may already be set to permanently rein in the growth of both supply and demand.

"On current trends, global oil supply is likely to peak even earlier than demand," the research department of bank Morgan Stanley said in a note this week.

"The planet puts boundaries on the amount of carbon that can safely be emitted. Therefore, oil consumption needs to peak. However, this is such a well-telegraphed prospect that it has solicited its own counter response already: low investment."

Still, with most oil producers and watchdogs putting the peak to the world's thirst for oil at least several years away, demand is already veering back toward pre-pandemic levels.

The mismatch between demand for oil and other polluting fossil fuels roaring back to normal and output having lagged has helped contribute to an energy crunch in Europe and Asia, with crude prices soaring to multi-year highs.

The medium-term erosion of oil demand supposes that renewable energies like electric cars and wind power gain pace, which the International Energy Agency said  needs to pick up fast to head off shortages and sky-high prices.

"The amount being spent on oil appears to be geared towards a world of stagnant or falling demand," the Paris-based agency said in its annual outlook this month.

"A surge in spending on clean energy transitions provides the way forward, but this needs to happen quickly or global energy markets will face a bumpy road ahead."

The International Energy Agency (IEA) does not predict an immediate peak to oil supply, with producer club Opec and Russia comprising a rising share of supply in the next decade.

Despite the pitfalls to prices and supply, the IEA said current low oil and gas spending was one of the few areas aligned with its most ambitious net zero emissions by 2050 (NZE) scenario in which no new fossil fuel projects should go forward.

In its most conservative status quo, or stated policies scenario , however, average annual spending on oil to meet demand would need to rise sharply to above $500bn (roughly R7,383,750,000,000) — more than at any time in the last five years.

Energy consultancy FGE said in a note the problem was not an immediate one, but could come to a crescendo in coming years.

"Although there are huge concerns regarding the state of upstream oil investment, in other words that as it stands  it is insufficient to meet growing demand in the years ahead, this is a problem for 2023 and beyond, not for the next 12 to 18 months."

BMW will stop making internal combustion engines at its main plant in Munich by 2024, its head of production said on Friday at a conference marking ...
Motoring
6 months ago