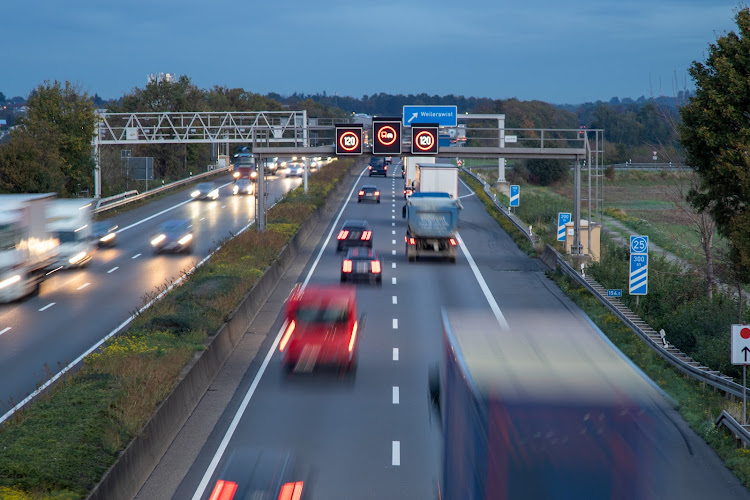 Environmental groups hoping for more radical action to promote electric vehicles were disappointed at Germany's new coalition agreement, saying it falls short of what was needed to meet climate goals.

The agreement by the Social Democrats (SPD), Greens and liberal Free Democrats (FDP) included raising Germany's target for the number of electric vehicles (EVs) on roads by 2030 to at least 15-million and supporting expansion of charging infrastructure.

However, key policies which environmentalists had demanded to reduce emissions further — such as a speed limit on highways and higher taxes on fossil-fuel emitting cars — were missing, organisations including climate think-tank Agora and NGO Deutsche Umwelthilfe (DUH) said.

A commitment to meet the EU's proposal for an effective ban on carbon-emitting cars by "earlier" than 2035 was seen as too vague.

"The transport sector section [of the agreement] violates the climate protection decision of federal courts," DUH said, referring to a ruling in Germany in May that the transport sector's emissions should be cut 50% by 2030.

"With what's written in that agreement, we will not achieve our climate targets," said Christian Hochfeld, director at think-tank Agora Energiewende.

'Catch up, get better'

Germany's world-leading auto industry is facing an existential challenge from carmakers in China and the US in the global transition to EVs.

Outgoing chancellor Angela Merkel was criticised for not pushing the country's automakers to adapt more quickly to the pressures of climate change.

However, carmakers and politicians have at times faced resistance from unions protecting the industry's 800,000 or so workers who fear that a quick and badly managed transition could cost tens of thousands of jobs.

Still, the presence of Germany's Greens in the new coalition meant climate advocates expected a clearer shift in policy, including harsher punishments for purchasing carbon-emitting cars.

"It's not clear how they will incentivise people to buy these 15-million EVs. You could give people money to buy them, or you can make CO2 more expensive. But they didn't dare do that," said car industry expert Ferdinand Duddenhoeffer.

Carmakers BMW and Daimler welcomed the agreement's emphasis on expanding charging infrastructure, with auto industry VDA stating this was an area where Germany must "catch up and become significantly better on almost all fronts".

Bernstein analyst Arndt Ellinghorst said EV subsidies would no longer be fruitful after 2025  as ultimately it was up to the market to offer more attractive and affordable models.

"I don't think we need the watering can from Berlin," he said.

"This needs to be achieved by consensus across private industry sectors."

To commemorate the 50th anniversary of BMW’s high-performance M division next year, customers will be able to order their BMW M or M Performance car ...
Motoring
1 week ago

Volkswagen's supervisory board executive committee will meet on Tuesday to discuss the future of CEO Herbert Diess, who is likely to remain at the ...
Motoring
1 week ago

Apple Inc is pushing to accelerate development of its electric car and is refocusing the project around full self-driving capabilities.
Motoring
1 week ago