EV battery makers are getting their hands on everything 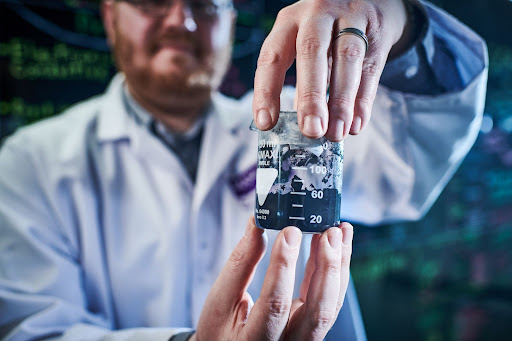 Shortages are hitting the entire electric vehicle supply chain, and even easy-to-source elements like graphite are proving costly.
Image: Bloomberg

One of the most abundant and essential ingredients in electric vehicle batteries is beginning to experience demand pressures, showing how supply chain troubles are getting deeper and the value chain more expensive.

This flurry of early — and prescient — moves by some manufacturers to get their hands on materials as basic as graphite make it clear: This is no longer just about higher-value and harder-to-get metals like lithium and cobalt. Supply shortages are coming for the entire EV battery supply chain, just as firms like Tesla are selling record numbers of green vehicles. From lithium compounds and spodumene to PVDF(1)— all raw components for batteries — prices over the last year have risen as much as threefold. Graphite is beginning to see the surge too.

A form of carbon, graphite is indispensable for making the anode, or the negative terminal, in power packs and is also used in steelmaking and the nuclear industry. Almost 90% of production is concentrated in China, meaning yet another key part of the battery is made in the country that’s already experiencing disruptions due to outbreaks of Omicron in key industrial regions like Tianjin. Most new graphite electrode capacity is also produced in the world’s second largest economy, according to BloombergNEF data, followed by Japan, India and the US.

Until now, much of the focus in next-generation batteries has been on the cathode material side of things — nickel cobalt manganese, lithium iron phosphate and so on. Few have focused the anode chemistry mix, with graphite expected to remain the dominant material until at least 2035, according to BloombergNEF.

With demand for batteries continuing to rise on the back of electric vehicle excitement, capacity in this part of the supply chain will need to increase as well. Most of it will be for passenger cars.

The material occurs naturally but is also produced synthetically. It isn’t easily replaceable, though, which places further pressure on costs. Over the past year, prices for synthetically built graphite have increased between 6% (for the high-end variety) to around 40% (mid-range). That’s even as producers in China have been able to bring down the cost of graphitisation — a key process that accounts for around half the cost of an anode — by as much as 15% to 20%. A quarter of the price is raw materials. If manufacturers aren’t able to keep prices down while they try to expand capacity, battery costs will only keep rising. That will make it tougher to build out supply chains — even globally.

At this point, stakeholders in the electric vehicle market that have been slow to catch up, including automakers and battery manufacturers, can’t just begin to lay claim to future supply — they may get left behind. They’ll have to think years ahead and start investing way down the value chain, not just in fancy tech gadgets and batteries as a whole.

In the past investing in and planning for core materials like graphite seemed unnecessary — the availability was taken for granted. Now, with the shortages and supply chain snarls here to stay, it seems like a realistic and prudent business strategy.

(1) Spodumene is a lithium compound, used to procure the metal. Polyvinylidene fluoride, or PVDF, is a synthetic compound.

Anjani Trivedi is a Bloomberg Opinion columnist covering industrial companies in Asia. She previously worked for the Wall Street Journal.

London mayor Sadiq Khan is considering a further expansion of charges for polluting vehicles across the entire city to help meet ambitious ...
Motoring
6 months ago

Politicians from at least four Indian states took to Twitter to invite Tesla Inc to set up shop in their provinces, just days after billionaire ...
Motoring
6 months ago

BMW won't scale up its own battery cell production for electric cars until the technology has developed further, the German company said on Thursday, ...
Motoring
7 months ago