REVIEW | BMW scores an own goal with 330is Edition 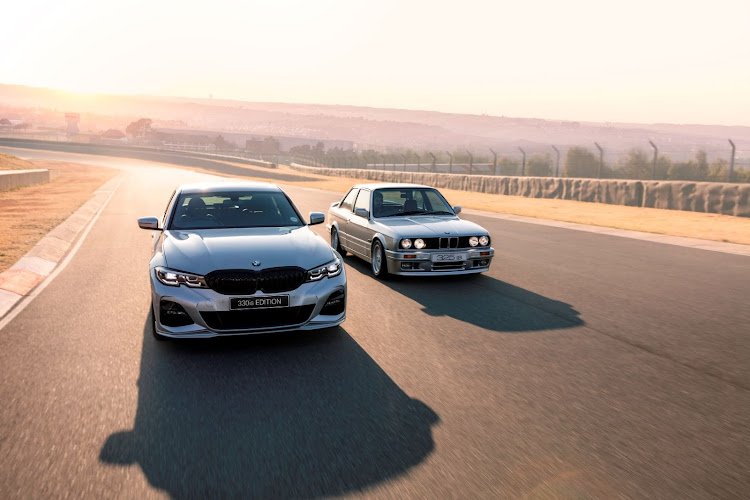 The new BMW 330is has absolutely nothing in common with its 325is forebear.
Image: Supplied

You already knew things were off to a bad start when Kwesta called BMW out for allegedly thieving his hit track in their widely-circulated Gusheshe homage video earlier this year.

Any South African with ears could tell that the background music was blatantly derivative of Spirit. And it sparked a reasonable storm on social media, with concerned citizens of Twitter inquiring why the German firm opted to recreate the work of the artist instead of engaging in a collaboration.

Of course, it would be remiss to ignore that the song in question made use of a sample too. “A sample, involving permissions and royalties not an outright rip-off,” read the sharp ripostes. So, what did BMW have to say about all of this?

“We make use of a number of creative agencies and the usage rights of the composition were handled through these agencies,” a statement read. “We immediately contacted Kwesta’s team upon learning of the topic. Our agency is engaging with Kwesta and his team to discuss the matter.”

At Gerotek test facility last week we had a turn in the 2020 330is Edition, that limited-production version designed to pay respect to the great Gusheshe. And it prompted deep musings on why the association with the classic two-door is misgiven, a shameless sample whose genesis would probably want nothing to do with it.

To be fair, we need to state that the E30 325is does not exclusively hold the rights to those two letters. Remember the 318is of the E36-generation 3-Series? Or the X5 of the E53 era, with its potent 4.8is flavour, a de facto precursor to the X5 M.

Problem is, with the 330is, BMW explicitly drew a parallel to the mythical, box-shaped coupé of yesteryear. And if you are going to ride on the coat tails of such an iconic progenitor, then there had better be more than a smidgen of clout to back it up.

Is there? Unfortunately, no, is the diplomatic answer. But before we get to the reasons why, it would be improper to waste an opportunity to talk about what made the 325is so noteworthy. And what continues to make it such a special driving experience, even by current standards. A quick history lesson.

The 325is (and the 333i that preceded it) were lauded as our very own, home-grown replacements for the E30 M3, which was never officially sold locally. 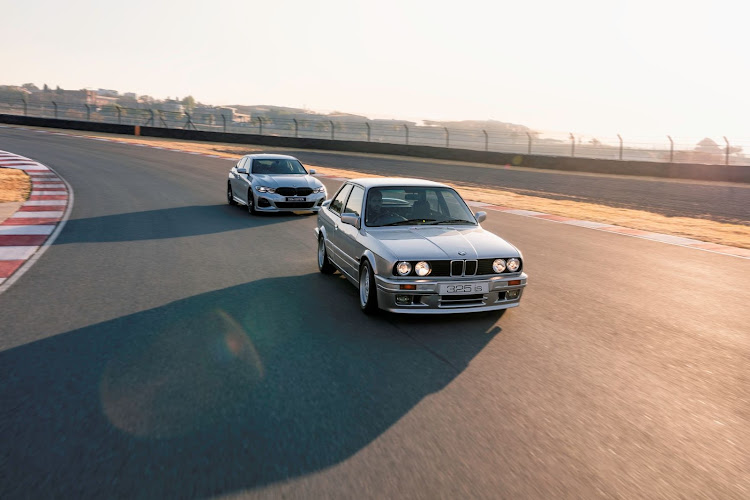 The original BMW 325is 'Gusheshe' still leads the way after all these years.
Image: Supplied

It was the 325is that earned the affectionate Gusheshe handle, a term whose roots were unpacked in my presence by seasoned, swaggering colleague Phuti Mpyane. In his animated way, replete with confident replication of engine sounds, he said: “That etymology is traced to the distinctive induction noise it made – ‘gush-gush’ – many people struggled to pronounce that, so it became Gusheshe, a word that in itself has no meaning whatsoever, a lot like many other colloquialisms that become attached to certain things.”

Motorsport was a language in which the 325is was especially fluent, with a decorated career in the Stannic Group N racing class of yore. Two evolutions of the model were birthed, both employing a 2.7-litre, six-cylinder engine, with the initial vehicle wielding 145kW and the second car 155kW. Both were credited with a 265Nm torque figure. A limited-slip differential, BMW M-specific suspension and Bilstein struts were further tools in the arsenal, rounded-off by a distinctive set of 15-inch wheels.

The 330is Edition has no competitive pedigree to reference, since the days of the 3-Series being used for circuit racing are no longer. That said, the G20 3-Series in isolation is a stellar machine with a wealth of competencies.

If you were expecting better pace than a regular 330i, which costs about R154,910 less, you will be disappointed. For your outlay, the benefits are largely aesthetic, with a throatier exhaust serving as the main extent of the performance upgrades.

You get 20-inch wheels, a styling kit from the M Performance catalogue and the promise of improved handling with an adaptive suspension sitting 10mm lower. The glossy Shadow Line exterior trim garnishes it all, while a quartet of colour choices (Melbourne Red, Glacier Silver, Alpine White and Black Sapphire) evokes the 325is paint palette.

And that is it. Even the person who wrote the press release ran out of things to say, with the penultimate sentence of the piece talking about seating: “The fore-and-aft position and seat angle can be adjusted, as well as the backrest width.”

Power remains the same, with the boosted four-cylinder delivering 190kW and 400Nm to the rear wheels via an eight-speed automatic. The 0-100km/h sprint time is claimed to be 5.8 seconds.

Truth be told, going sideways on a skidpan and carving through a mountainous handling track in any 3-Series is a hoot. But none of us could bring ourselves to lapping up all those Gusheshe links BMW had pushed with the 330is Edition. This is a 330i M Performance, finish and klaar. Amusingly, for the asking price of R899,000, you could get into a 318i (R661,100) and just about have enough change for an actual 325is.

I’ve been driving a Land Rover Discovery 3 for the past eight years. The first five years were extremely blissful until I unexpectedly encountered an ...
Motoring
1 year ago

Ever think that there might be too many cars on the market? Variety is the spice of life, but there are some segments that are truly saturated – ...
Motoring
1 year ago

At a more than R270,000 saving over the flagship A45 S, the A35 still offers compelling performance
Motoring
1 year ago