We are guinea pigs for the drugmakers 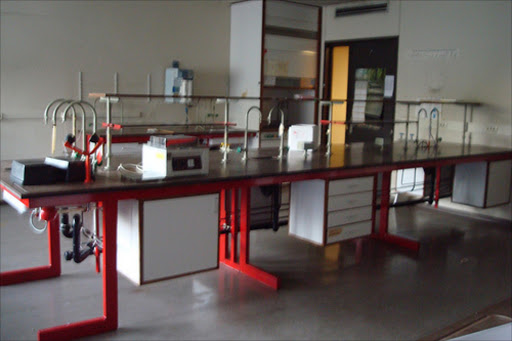 Some international pharmaceuticals companies are using South Africa as a testing ground for their drugs because it is easier here than in the developed world to run unethical medical trials and recruit participants for them.

The allegation has been made by Dutch NGO Wemos in a report, Clinical Trials Industry in South Africa: Ethics, Rules and Realities.

Wemos says that some pharmaceuticals companies undertake "unethical" trials here because it is cheaper and easier.

Thousands of sick South Africans are used as guinea pigs in a flourishing multibillion-rand industry but some of the trials contravene South African laws and the international drugs-trial protocol.

In one instance, children as young as six were taken off life-saving medication so that they could participate as a control group in a clinical trial.

Experts say that the problem is being compounded by the fact that, because of the chaotic state of this country's public health system, people are willing to volunteer for trials just to gain access to medicine and treatment.

About 1300 clinical trials are under way in South Africa in an industry worth about R2.5-billion, according to the report. It says many of the trials are not properly monitored because university ethics committees, which supervise studies, do not have the money to audit all the trial sites.

The report concedes that South Africa has recently strengthened its legislation to monitor trials and that it is becoming more difficult for pharmaceuticals companies to get approval for unethical trials.

"Ten years ago, we [South Africa] were considered one of the cheapest and easiest countries to do clinical trials in," said Urmilla Bridgmohun, of Inc Research, a company that monitors trials.

"Since then, the regulatory environment has been properly constituted and I am proud to be part of what has been established. There is greater scrutiny and it is much safer now."

But it appears that some companies are still bypassing the laws.

The Wemos report found that:

Contract research organisations that monitor trials are funded by pharmaceuticals companies, leading to a lack of independence;

Only two of the 15 research organisations in South Africa agreed to be interviewed by the writer of the Dutch report:

"Given the secretive nature of many [monitoring bodies] it can be difficult to get the full picture of their operations in South Africa";

Information available on the SA National Clinical Trial Register was ''limited and the search engine is not user-friendly". The register was also ''not transparent in a number of areas";

University ethics committees relied on the monitors, who are paid by pharmaceuticals companies, to come forward with complaints;

In some cases, participants who are given effective treatment lose it when the trial ends, which doctors and ethics experts say is unethical and illegal in South Africa; and

Older drugs are being tested. Experts think this is because companies are trying to modify older drugs so that they can renew patents.

In the report, internationally renowned medical ethics expert Professor Ames Dhai says: "The misconception among many vulnerable South Africans is very sad because they feel the only chance of getting access to healthcare is to enter a clinical trial.

"But the intervention is not proved and could work against them."

In trials in 2010 and 2012 by Janssen Research and Development, a subsidiary of Johnson & Johnson, some schizophrenic patients were taken off treatment in order to compare them to other patients on medication.

Janssen said: "We have a long-standing commitment to improving public health, to providing innovative treatments for patients with brain disorders, and to conducting clinical research in an ethical and appropriate manner."

The company said that all the participants in the study were thoroughly monitored.

In another study, by AstraZeneca, asthmatic children were given inhalers that contained no medication for six weeks to compare their response to children who were on treatment. The company said the trial lasted only six weeks and minimal harm was done.

Dhai said all ethics committees responsible for approving trials would be audited to ensure that they conform with the law when doing so.