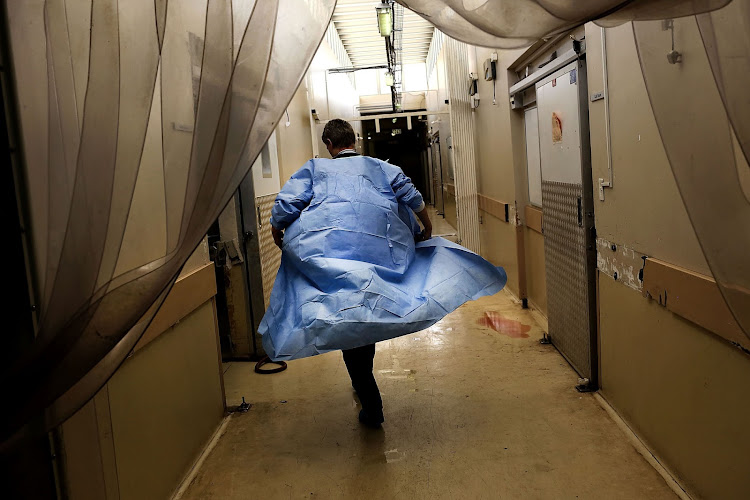 Desperate families have secured court orders to force postmortems at Gauteng state mortuaries in order to get the bodies of loved ones released for burial‚ the Democratic Alliance said on Sunday.

It said this was as the strike by about 180 forensic assistants dragged on with no end in sight. DA Gauteng health spokesman Jack Bloom said that he knew of three court orders brought by Muslim families who were religiously required to bury the deceased within 24 hours of death.

“It is tragic that the court has to step in because of the pathetic mishandling of this strike by the Gauteng Health Department.

“Families were hopeful that the backlog of more than 200 bodies would be speedily cut when military health personnel were brought in to assist last week‚ but this turned out to be only 7 people‚” Bloem said.

Corpses pile up as mortuary workers dig in their heels

He said pathologists had heroically worked without assistants over this long weekend‚ but new bodies were coming in all the time and they could not cope. As there was no fridge space‚ bodies were being piled on top of each other.

“Unions claim that the assistants are not striking but are ‘working to rule’ by only doing what is in their job descriptions‚ but this is false.

“I have established that their duties explicitly include the following as contained in a recent job advert for a Grade 1 Forensic Pathology Officer: ’Assist in rendering an efficient Forensic Autopsy process (which includes evisceration‚ scribing and typing) in accordance with set standards and guidelines by assisting the Forensic Pathologists in autopsies’."

Bloom added that the Department needed to get tough with forensic officers who were striking illegally‚ some of whom had incited angry relatives against pathologists who feared for their safety.

“The Department has already agreed to danger pay and to the reversal of the Occupational Specific Dispensation (OSD) which was disastrously implemented in 2009 and resulted in a pay cut for forensic officers.

“There is no reason for this strike as remaining grievances can be addressed in the Bargaining Chamber‚ but the problem is that the Department has low credibility because of previously unfulfilled promises in this matter‚” Bloom said.

He said Premier David Makhura had been “inexplicably missing from this crisis”.

“He needs to co-ordinate efforts to ensure that security is established at the 10 mortuaries and that other health workers are used to assist pathologists to speed up autopsies.

“An urgent court order should be brought against the illegal strikers who disrespect the dead and are causing incredible anguish to relatives waiting more than ten days in some instances to bury loved ones‚” Bloom stated.