Battle to keep the lights on

Tired of cold baths, some Cape Flats housewives are fighting back 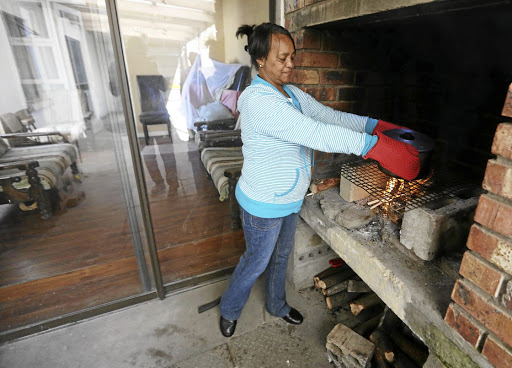 They have abandoned their stoves to cook on open fires, watch television in the dark and take only cold showers.

But their attempts to keep electricity bills affordable are becoming too much for a group of women from Belhar in Cape Town, who have taken on the City of Cape Town over "exorbitant" tariffs linked to property values.

Magdalene Schoeman said she longed for a warm bath. "My geyser has been off for months now. It is very cold this winter and I can't use a heater or warm water," said Schoeman, who makes a fire most days to cook.

Her house is valued at more than R400,000, meaning she has to pay more for electricity than those on the "lifeline" tariff.

"Why are we being classified according to the value of our homes?" she said.

Joyce de Waal said she had been fighting a losing battle against electricity price rises.

"I have to buy R50 electricity every day. It seems the more you buy the less you get," she said.

The housewives said their ward councillor was unable to help them and they might take to the streets to protest.

In Tafelsig Natasha Gertse, 35, said she discovered the city council was "ripping people off" last year when she bought her first home. Eventually she was moved to a lower tariff and now she has become an activist for people in low-income areas in a similar position.

Mayoral committee member Johan van der Merwe said the women were paying the "domestic tariff", rather than the lifeline tariff, which is for those who qualified as indigent and used less than 350 units a month.

"Determining subsidy via property value is a reasonable indicator of economic status.

"It is tracked regularly via general and supplementary valuations and is already considered for who receives free rebates."

FNB's latest property barometer shows Cape Flats house price growth has accelerated for five consecutive quarters - from 10.4% in the first quarter of 2016 to 12.5% by this year's second quarter.