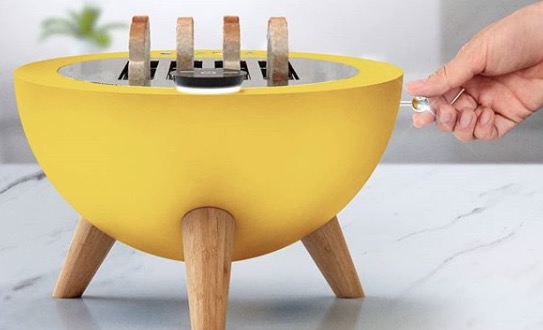 High end luxury kitchen appliances designed by young entrepreneur Zonke Zama Ndaba had Twitter divided, with some people advocating to support black businesses while others felt like they are not the target market because of the hefty prices.

Ziyanda Appliances, which is expected to launch in 2019, creates stylish goods that had social media comparing the South African brand with international brands such as SMEG and Kenwood.

There was much speculation regarding the ownership of the brand after the same Ziyanda designs were posted by designer Rafael Maia on design platform Bëhance.  After questions around who was the brain behind the designs, Ndaba posted a statement on Facebook.

"I would like to make it clear that I came up with the designs, sketched a few ideas with a mere pencil and paper and sent sketches through to Rafael who is an industry expert."

Ndaba says he gave Maia permission to post the designs under his profile to attract business for the industry expert.

Ndaba describes his products as the `"The world's first African distinct kitchen appliances, some of them are decorated in Ndebele print and others with bright colours and a matte finish."

Some Twitter users urged South Africans to support Ziyanda Appliances in the name of supporting black businesses. Ndaba says the business is 100% black-owned and 30% female owned.

People always preaching “Support Black Businesses” but when it’s time for them to do so they complain about prices. They can go to hell. #ZiyandaAppliances #ziyanda

#ZiyandaAppliances I love these appliances and the fact tht they selling themselves is amazing, like no blackmail from a black business for once yhuu🍕

I will support Zonke Zama Ndaba.
I will not ask for discount cause its worth the price tag 🏷 with a kitchen from Grand Kitchen Designs @GrandKitchenZA

This are our own brands lets embrace them. pic.twitter.com/EFOOL4Qvxe

Others were not too keen on the hefty price they would have to pay to own a Ziyanda appliance.

+R13 000 for this? This mixer better mix my blessings from God and bake me a cake pooped by Unicorns #Ziyandaappliances pic.twitter.com/K5AbaicPBh

#ZiyandaAppliances for that price the kettle better go the shop buy me bread, fill itself up and bring me breakfast in bed.... Hai ngeke