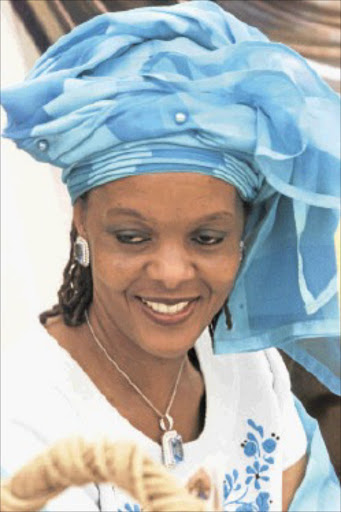 President Robert Mugabe's family could lose their luxurious $7-million mansion in Hong Kong because the Chinese businessman whom they fronted to purchase the house for them four years ago is refusing to hand over the title deeds.

Highly placed government insiders say businessman Ping Sung Hsieh sweet-talked first lady Grace Mugabe into buying the house in his name after convincing her that the media would "blow the issue apart" if the house was put in the Mugabe name.

But Mugabe and Ping have since fallen out over a botched truck purchase deal in which Grace is claiming that the businessman, now living in South Africa, stole $1-million from her.

Ping, through his lawyer, Mannie Witz, confirmed early this year to the Sunday Times that he had had business dealings with the Mugabes and acknowledged they had fallen out after "some deals went sour".

Grace, through her aide Olga Bungu, said she had sent money to Ping in South Africa to buy trucks but he never delivered them. Efforts to have the controversial businessman extradited failed in the South African courts three weeks ago.

The Sunday Times has been told that Grace and Ping were "strong" business partners and the first lady came to trust him, resulting in the Hong Kong house deal.

Grace and her daughter, Bona, lived in the house in an exclusive complex when both were studying at a Chinese university.

Grace is now back in Harare while Bona is pursuing further studies in Singapore.

The house deal is said to have caused fissures within the Mugabe family, as some of the deals between Grace and Ping were apparently entered into without the president's knowledge.

Insiders told the Sunday Times that Grace was also involved in a mining joint venture with Ping in the Midlands province of which her husband was not aware.

Said an insider: "Grace is desperate to have Hsieh arrested in Zimbabwe as she has been fleeced on several occasions by the guy she trusted so much.

"The $1-million is not the real reason why she wanted Hsieh extradited - it is the Hong Kong house deal which has agitated her.

"She was naïve enough to allow a foreigner to get hold of title deeds and now she has no control," the source said.

"Hsieh is now telling her to go to hell. She has no evidence that the house belongs to her because it's in Hsieh's name.

"When Mugabe heard about it he was very angry."

The insider said this was the reason Zimbabwe had tried to have Ping arrested in South Africa.

The source said the first lady had been advised to keep a low profile and stop chasing Ping "because it will expose her and embarrass the old man (Mugabe)".

"But she is still hoping to get the Chinese businessman. Grace could also grab his shareholding in the gold mine in the Midlands to compensate herself," said the insider.

Witz could not confirm the Hong Kong mansion deal.

He said: "What I know is that the issue was big news in the newspapers two years ago but I am not aware of the latest developments."

He could not confirm if the house purchase was one of the business deals that went sour between the two.