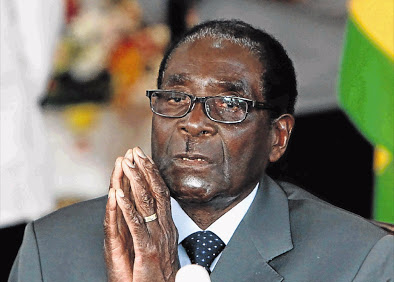 President Jacob Zuma is heading to Botswana today‚ where ministers from four countries are meeting to discuss the Zimbabwe army lockdown‚ widely seen as a move to block Grace Mugabe's attempt to succeed her husband Robert Mugabe as president.

The SA presidency said in a statement a ministerial meeting of the Southern African Development Community (SADC) Organ on Politics‚ Defence and Security Cooperation will meet today in Gaborone.

"The meeting will be attended by Ministers from Angola‚ Zambia‚ Tanzania and South Africa. It will be co-chaired by the Minister of International Relations and Cooperation of South Africa and the Angolan Defence Minister. It is expected that the Ministers will make recommendations to the Heads of State and Government on the political situation in Zimbabwe‚" the statement said.

The presidency statement said Zuma's visit to Botswana later today was "to attend the 4th Bi-National Commission session between South Africa and Botswana". This is scheduled to take place tomorrow morning.

Zanu-PF Youth League leader Kudzai Chipanga has made a public apology to the country’s defence force.
News
4 years ago

President Robert Mugabe is insisting he remains Zimbabwe's only legitimate ruler, an intelligence source said on Thursday, and is resisting mediation ...
News
4 years ago

IN MEMES: Twitter weighs in on the situation in Zimbabwe

Social media users never miss an opportunity to crack jokes and do not discriminate in their subject matter.
News
4 years ago