Plea for military to accept election outcome in Zimbabwe 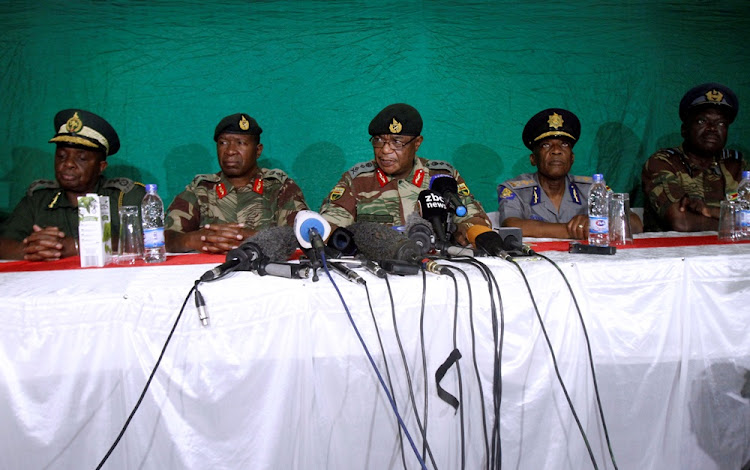 The call comes at a time when President Emmerson Mnangagwa‚ whose ascendance to power is credited to the Zimbabwe Defence Forces (ZDF)‚ told Mozambican President Filipe Nyusi in Maputo on Wednesday that elections would be held in about five months’ time and be peaceful.

However‚ the MDCT is worried about developments at home with allegations that military personnel in civilian clothing have been deployed to rural areas‚ home to 65% of the population in Zimbabwe.

"We have solid and incontrovertible evidence pointing to the fact that thousands of army officers in civilian attire have been deployed into the countryside for the purpose of carrying out clandestine political campaigns on behalf of Zanu PF‚" the party said.

The party also made an open plea that international election observers such as the United Nations be allowed into the country.

"The military should accept the outcome of free and fair elections regardless of whoever is going to win‚" the party said.

In 2002‚ then army general Vitalis Zvinavashe said the military would in no terms salute Morgan Tsvangirai.

Community newspaper Masvingo Mirror‚ from the south- eastern part of the country‚ reported last week that Zanu PF national political commissar‚ Rt Lt General Engelbert Rugeje‚ told a gathering in the province that he expected a Zanu PF clean sweep or else there could be a repeat of 2008 political violence after Robert Mugabe lost to Morgan Tsvangirai who fell short of the required majority.

In 2008 Morgan Tsvangarai fled to Botswana in fear of his life only to return when the SADC facilitated a Government of National Unity (GNU) where he became Prime Minister until July 2013.

Zimbabwe will hold elections in four to five months, a newspaper on Thursday quoted President Emmerson Mnangagwa as saying, the first time since ...
News
4 years ago

The Zimbabwean government has promised to lower taxes for foreign investors in an attempt to lure Foreign Direct Investment (FDI).
News
4 years ago

Mnangagwa seeking to win support of neighbours and international community