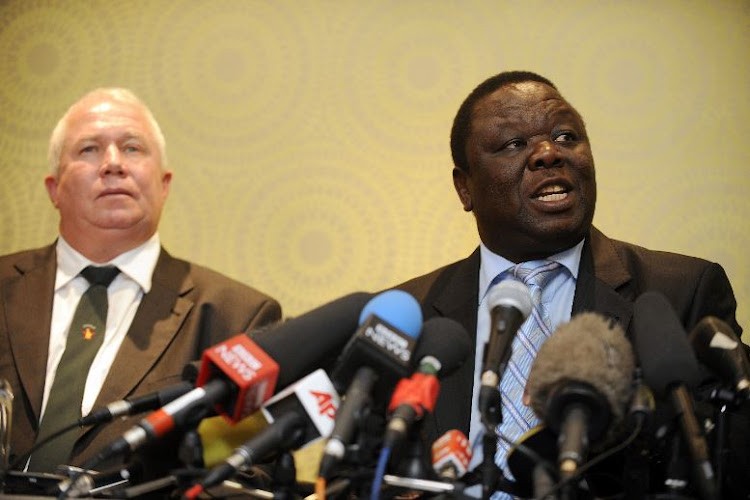 Founding Movement for Democratic Change treasurer Roy Bennett died in a helicopter crash in a remote area of the US state of New Mexico, authorities said Thursday.

Bennett was killed along with his wife Heather and three other people after the helicopter went down on Wednesday, New Mexico state police said.

A crash survivor called 911 for help but could not say where in the mountainous region the wreckage was located. After a frantic search the crash was found ablaze at a ranch about 10 miles east of the town of Raton.

State police officers at the scene “reported the helicopter wreckage had been engulfed in fire making identification difficult,” the NMSP statement read but confirmed that Bennett, 60, and his 55-year-old wife were among the victims.

News of the death started filtering through on social media as his colleagues in opposition circles confirmed the former Chimanimani member of parliament's death.

MDC-T vice president Nelson Chamisa told TimesLIVE that the opposition has lost a gallant son who wanted to see a new Zimbabwe.

"He was a true democrat and really wanted to see the push for a free Zimbabwe‚" he said.

Zimbabwean opposition leader Morgan Tsvangirai is at the crossroads as he ponders his political future.
News
4 years ago

"What a blow to our struggle. I can’t believe I will never speak to you again‚ Badze‚” he said‚ using one of Bennett’s nicknames.

A friend in political circles‚ David Coltart‚ described the Bennett’s as “two of Zimbabwe’s greatest patriots”.

Bennett was based in South Africa on political asylum‚ granted in 2007. During his time in exile‚ he played a role in activism for Zimbabwe‚ and particularly the MDC‚ in South Africa.

In 2006 he became the treasurer general for the mainstream faction of the MDC‚ led by Morgan Tsvangirai. He was also a spokesman in South Africa and made regular interviews on behalf of the MDC.

He returned to Zimbabwe in 2009‚ and Tsvangirai wanted him as deputy agriculture minister - but former President Robert Mugabe refused to swear him in.

He was later rearrested for treason‚ but then released. Afterwards‚ he left Zimbabwe for South Africa and never returned.

Note: In a previous version of this article it was reported that Bennett died in a helicopter crash in Canada. The crash in fact happened in the United States of America. The article has been amended.