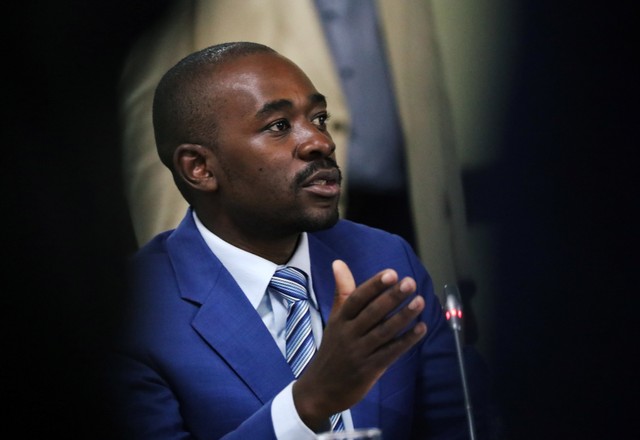 The biggest casualty at the MDC Alliance’s elective congress in Gweru, Zimbabwe, at the weekend is outgoing secretary-general Douglas Mwonzora.

Mwonzora was initially earmarked to challenge for the party’s leadership at the congress but failed to get nominations, leaving party leader Nelson Chamisa uncontested.

As such, he reverted to defend his position against a Chamisa ally, Charlton Hwende, and Fortune Daniel Molokele. Hwende emerged the winner with a resounding 2,099 votes to Mwonzora’s 721, while Molokele was third with 577.

The vice-presidency was a predictable affair, with Tendai Biti and Prof Welshman Ncube joined by Lynette Kore as the third pick.

David Coltart is the new treasurer-general and the chairman is Thabitha Khumalo, her deputy being Job Sikhala.

Using Zimbabwe's untapped natural resources as collateral to secure loans from overseas was described as "resource looting" at a regional conference ...
News
3 years ago

Meanwhile, guest of honour Ugandan musician and leader of the People Power Movement political party, Robert Kyagulanyi Ssentamu, known by his stage name, Bobi Wine, performed a version of his Uganda … sleeping mama land at the congress on Sunday.

He substituted "Uganda" for "Zimbabwe" and bellowed, "… Chamisa we are the future, we are the change we badly need. We are the leaders of the future, and the future is today," as the MDC Alliance's delegation at the high table stood up to join the firebrand Ugandan MP.

In his address, Bobi Wine said Zimbabwean and Ugandan opposition politicians are fighting the same cause against tyranny that has led to heartbreak.

Most delegates arriving in Gweru on Thursday for the MDC Alliance's elective congress demonstrated Zimbabwe's economic pinch, opting to spend the ...
News
3 years ago

Speaking at the congress, Chamisa said the party would push for early elections to solve the economic situation because, "five years is too long".

In response, home affairs minister Cain Mathema said the government would not  hesitate to put down any uprising.

"Our law-enforcement agencies are under full orders to exercise their full, lawful authority and might to guarantee peace and calmness for and at all times. Such reckless threats made against any constitutional order in any part of the world require and invite a vigorous response," he said.

One of southern Africa’s liberation stalwarts, Dumiso “The Black Russian” Dabengwa, has died at the age of 79.
News
3 years ago

The Zimbabwe Passenger Company (Zupco) has taken over some transport routes in Harare and Bulawayo at reduced prices to bring relief to commuters hit ...
News
3 years ago